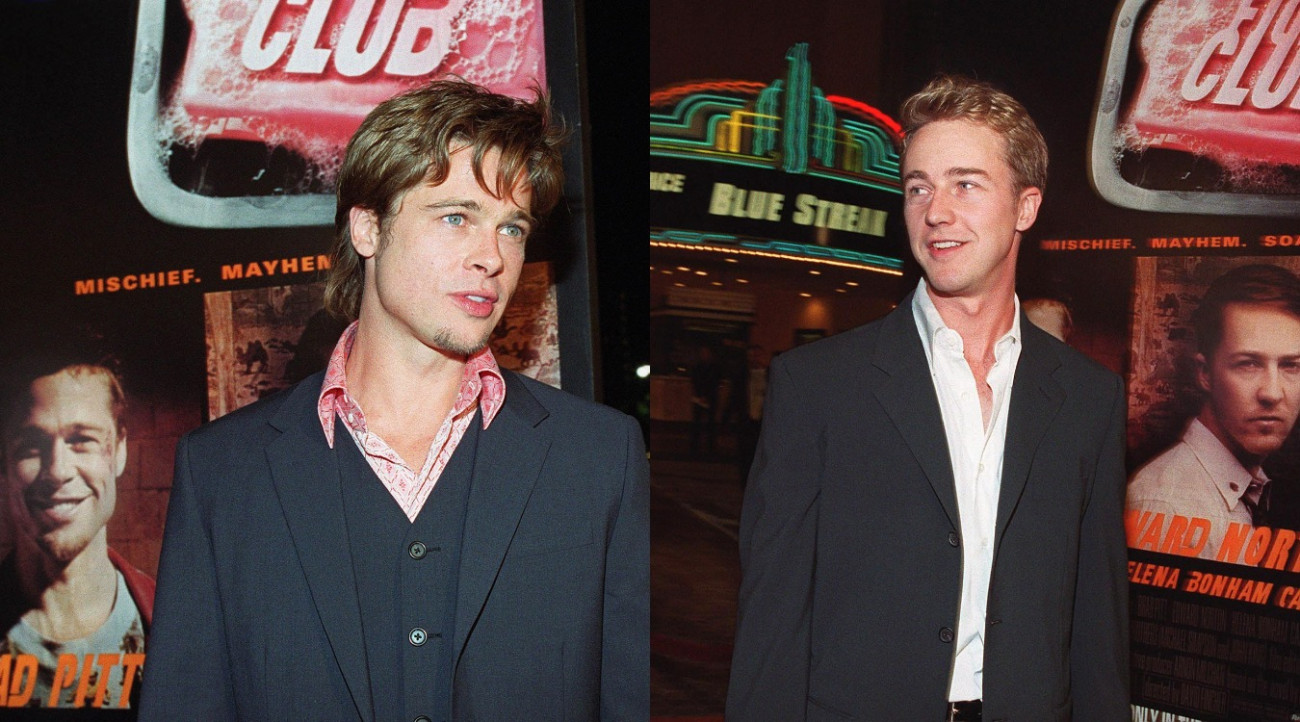 ‘Fight Club’ might be remembered as one of the most iconic movies of the late 90s now, but it’s worth remembering that when it was first released it was a box office bomb and everyone absolutely hated it, although admittedly this was probably thanks to a marketing campaign that painted it as a movie about a bare knuckle boxing club which it obviously wasn’t.

This is important to remember in the context of this story that Brad Pitt just revealed on Marc Maron’s podcast about the premiere of the movie and how Edward Norton and himself totally embarrassed themselves. Take it away Brad:

It was the Venice Film Festival and it was a midnight screening.

For some reason we thought it would be a good idea to smoke a joint before.

They put you up in a balcony next to the festival head, it’s very formal. The movie starts.

You know it’s in subtitles, and this thing is just not translating at all.

The more it happened, the funnier it got to Edward and I. So we just start laughing.

We’re the assholes in the back laughing at our own jokes. The only ones laughing.

Man being famous sounds so fun – pretty much like just being the stoned assholes at the back of class laughing at everyone, except your assholes and you’re doing it over the fact your huge new movie is completely bombing at a major film festival. Probably a good thing that they didn’t take themselves too seriously at that point because if they had they would probably be in utter despair.

Not too sure how their bosses took that, but it seemed like everyone involved came out of it all right in the end doesn’t it? Isn’t that always the way? Assholes.

For more Fight Club, check out this all female version of Fight Club coming in 2020. Gonna be lit.