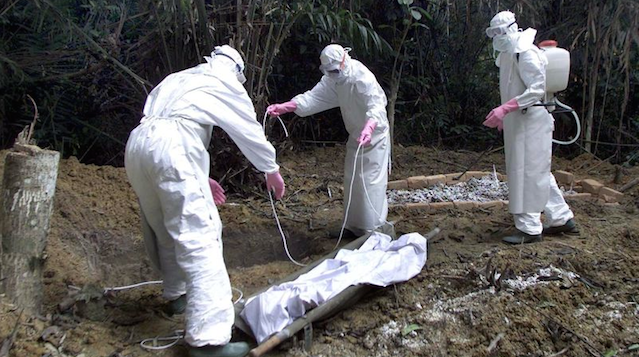 I guess we spoke too soon earlier.

So earlier today we wrote up a story about how a third ebola victim had risen from the dead but we weren’t sure if it was true because there was literally no information to confirm it and the picture that was released could have been anything really.

You can’t really argue with video footage though which is what we have here and it’s come from a fairly reliable source in ABC news, although it isn’t really as sensational as the idea of someone actually rising from the dead – it seems more like the fact that medical facilities and knowledge over there is so bad that they can’t actually diagnose when someone is dead or not.

The presenter reveals that it’s a lot easier for them to deal with dead bodies as opposed to people who are still alive, which brings up another worrying idea that they might just diagnose people as dead so they can get rid of them more easily. Truly terrifying and messed up over there almost as messed up as the previous zombie outbreak when someone bit off someone else’s entire face.