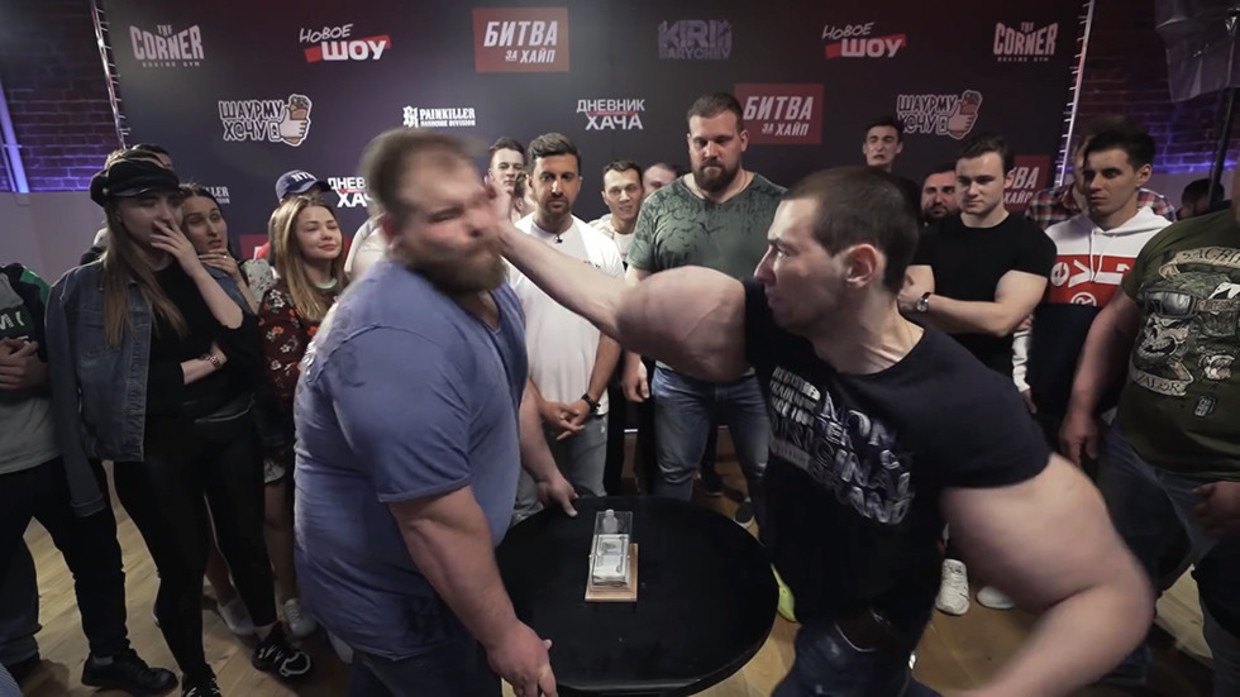 Synthol freak Vs big Russian farmer – who you backing?

We wrote about Russian slap champion Vasiliy ‘The Dumpling’ Kamotskiy a few weeks back, when he basically slapped the head off every opponent in front of him en route to become slapping champion of the world.

This week he faced off against viral internet freak Kirill ‘Bazooka Arms’ Tereshin, the man with foot long biceps who is also known as the ‘synthol kid’.

Welp, looks like the hench Russian farmer who’s been drinking vodka and lifting boulders since he came out of the womb has a stronger slap than the guy that literally injects his arms with synthol. Who would have thought?

Maybe Bazooka Arms could have injected some of that synthol into his neck and shoulders as well and then they might have been strong enough to absorb the force of The Dumpling’s slap. Still, gotta give him respect for willingly standing there and taking a smack from the big burly farm boy.

Amazingly, Logan Paul has now challenged The Dumpling to a slap contest after this impressive showing the other week:

Can you imagine if that actually took place? Would be must-watch content for sure. Like the time that battle rapper got a slap on stage for pointing a fake gun at his opponent.