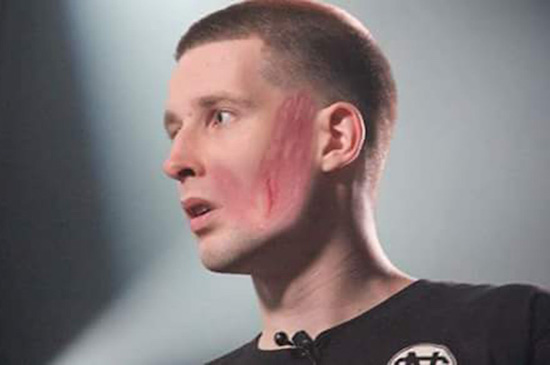 Here’s why you shouldn’t point a (toy) gun at someone during a rap battle.

Battle rapping, while massively competitive, is meant to be a bit of fun. Sadly there’s always someone who has to ruin it by taking themselves way too seriously and being overly keen to protect their gangsta rapper image on stage.

In the final round of this 2-on-2 battle, battler Charron pulls out a toy gun and points it at opponent K-Shine. Everyone’s having a laugh and a joke before Shine slaps the gun out of Charron’s hand, prompting Charron to slap his cap off his head, which then results in Shine bitch-slapping Charron across the face.

Here’s the whole battle if you’re interested — slap comes towards the end:

Pretty funny how Charron tried to rebuttal the slap by working it into his rhymes after. I reckon he and his partner already had it won though.

What’s worse though – getting slapped during a rap battle, or pulling a whitey in the middle of one?