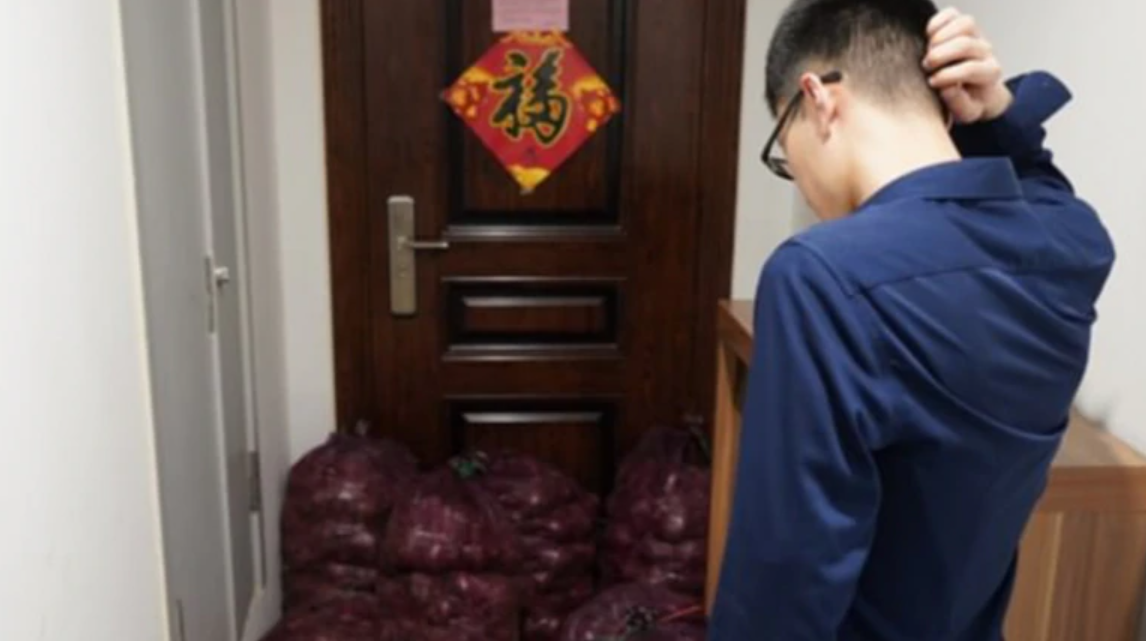 A heartbroken woman in China sent 1,000 kg onions to her ex-boyfriend days after he dumped her, with the idea being to make him cry as much as she did after their relationship ended.

According to India Today, the woman spent 3 days crying after the year-long relationship ended. Upon hearing that her ex-boyfriend was not upset at all, she sent him 1,000 kg of onions guaranteed to bring a tear to his eye. Not crazy at all, right?

The guy showed up at his door and found several sacks stuffed full of red onions: 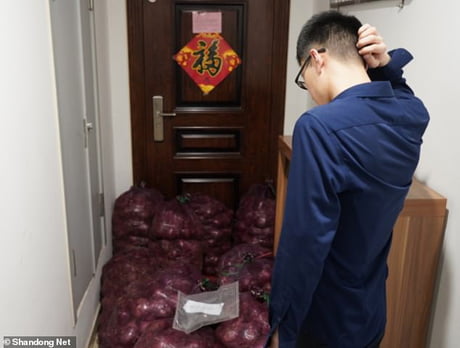 I for one am absolutely stunned her boyfriend broke up with her in the first place. She seems so level-headed and nice and reasonable. What could have possibly been the reason that he decided to dump her?

Speaking to a local reporter, the man said that he had broken up because of her ‘over the top behaviour’.

You don’t say?! Girl gets broken up with because of her “over the top behaviour” and sends 1,000kg of onions to her boyfriend’s front door to make him cry. Totally normal.

At the same time though, I do kinda rate the fact she went to the effort to pull this off. Imagine this girl sitting in her room crying non-stop for 3 days and then hearing her boyfriend wasn’t upset at all. How could she make him feel the way she felt? How could she literally force his eyes into producing tears just like hers did? By sending him a fuck ton of onions so that he has no choice but to cry, duh.

Just one problem though – you need to actually cut the onions to start crying. So I’m not sure she really thought this through unless it’s symbolism she was going for. Otherwise she just spent all that money on a completely useless move. In fact she may have even made him happy because it’s essentially free shopping? Total fail of a revenge move if you ask me.

For the man who drove 16 hours to impress his ex-girlfriend only to end up brutally trolled, click HERE.