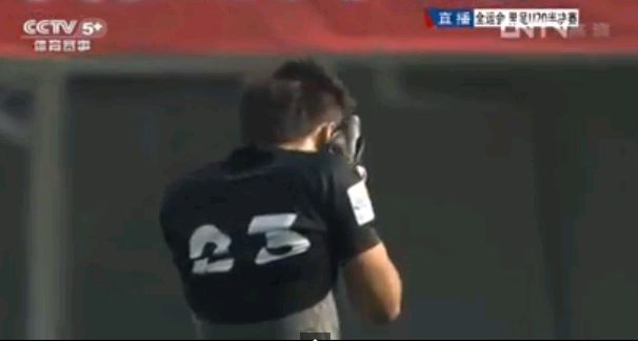 Saying an own goal is the dumbest ever is a bold statement, but the amount of screw ups in this video before it hits the net definitely makes it a contender.

Saying an own goal is the dumbest in history is a big statement because every single own goal ever is completely dumb as the players involved clearly aren’t meant to be scoring own goals as an own goal is probably the worst thing you can do in a football match.

However, this own goal has got to be collectively the worst one in history as four different players completely and utterly screw up what they’re doing in the run up to the ball actually going into the net.

If you care then this clip came from the semifinal of the Chinese U20 National Games of China with Xinijang playing Liaoning. Xinijang scored this own goal (as in it was their defenders screwing it up) and it actually settled the contest. It’ll probably signal the end of the career of all four players involved as I doubt they’ll be getting pro contracts now after completely and utterly screwing up in one of the biggest games of their career.

Top Three Russian Own Goals Of All Time