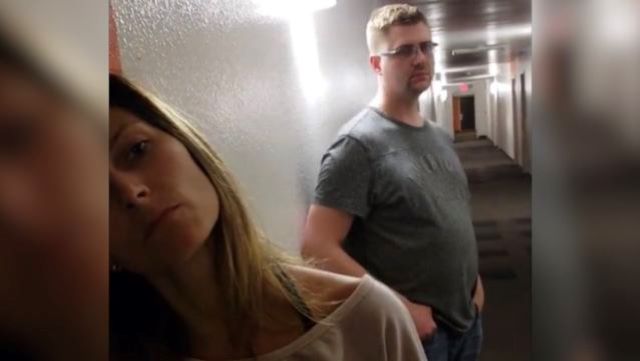 What’s worse than discovering your wife has been cheating on you? How about discovering that she’s cheating on you with your own brother. A double betrayal that would make it pretty difficult to ever trust another human being again.

Might as well catch it on film for posterity, I suppose:

Damn, that was awkward. I take it he’s not much of a fighter because there’s probably no better time to throw down with your brother than after you’ve just found out he’s been shagging your wife.

Now obviously we don’t know the full story, and maybe this guy is an awful/abusive husband who somehow drove his wife into another man’s arms, but even so, pretty poor form from his brother to be that man in question. You have to be the ultimate scumbag to betray your brother like that, even if you aren’t particularly close. Probably going to need a divorce and therapy after that one. Thoughts & prayers with the guy cucked by his own brother and best of luck to everyone involved.

To watch a man pretend to be asleep after his best mate catches him having sex with his wife at their home, click HERE. Actually funny.