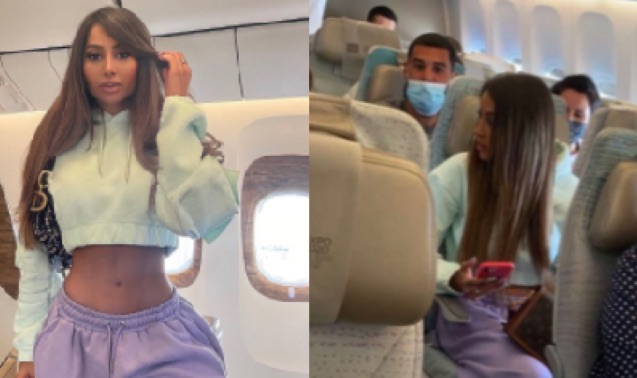 The internet completely and utterly roasted influencer Océane El Himer earlier this week after she appeared to take a photograph in business class for her Instagram and then walked down the plane and took a seat in economy, but it turns out that this might not exactly be the truth of what happened.

El Himer presents herself as a model and a reality TV star, so most people would probably think that she lives a glamorous lifestyle full of cocktails, skyscrapers and business class flights and as such nobody probably batted an eyelid when they saw her posing up there on her Instagram. Obviously, when the picture came out of her sitting in economy though the internet was quick to react but Océane is claiming that ‘her flight to Monaco through the night from Dubai’ actually took place on several different planes and she flew business on some of them and economy on others:

I will be very clear, I have no shame in traveling in eco class, there is nothing to be ashamed of. So I took several flights to arrive in the south, including one in eco class. took a picture and I accepted.

I fully assume the fact of traveling in eco class, I’m not the type of girl who likes to show her money (…) Yes I traveled in eco and in business. And so ? Where is the problem, I do not understand?

Much more serious things are happening in life.

Her last statement there is certainly true, but I’m not sure if anyone is believing her here? For one thing she said she was flying to Monaco from Dubai originally – possibly two flights sure – but if she’s flying south to Monaco, there’s not that many places she could be flying from and she could prob get a direct flight to Monaco? That’s kinda how it’s presented anyway?

In any case I just don’t believe she was even flying business class – who flies business class on one leg of their flight but eco on the rest of it? Just doesn’t sound correct does it?  It’s cool that she doesn’t have any shame posting about flying eco class though – maybe she should do more Instagram posts/stories about it if that’s actually the reality of the situation hey? Loser.

For more of the same, check out when Lil Bow Wow got busted the same way. Why do people act like this?