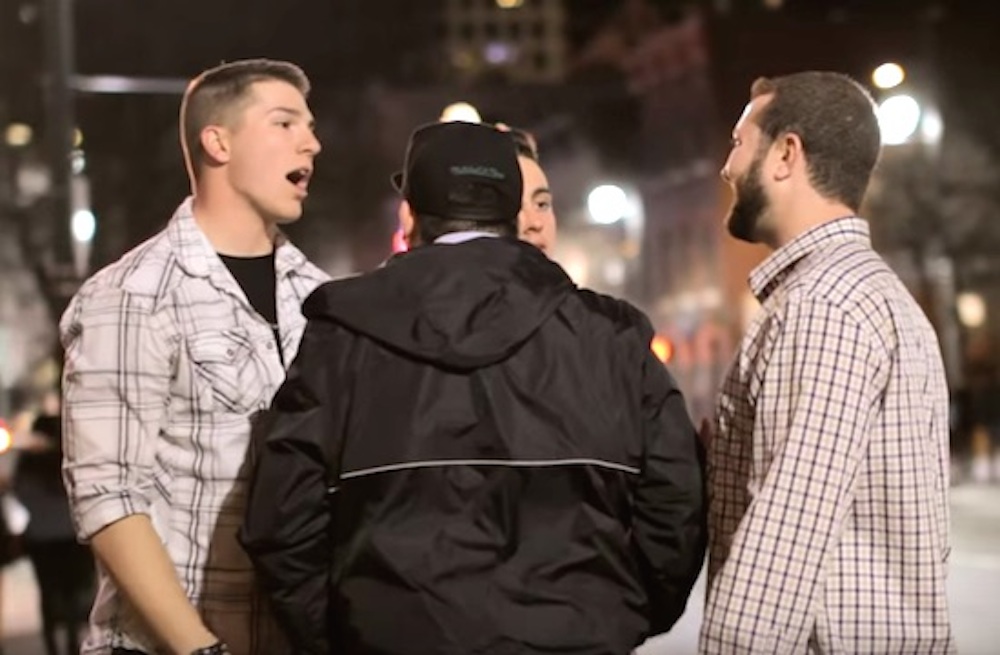 Watch him nail that knockout in smooth HD baby.

Normally when we feature a video of a street fight, it’s all blurry and shaky and the quality is very, very low. Normally the prick filming it is doing it vertically as well which I’m sure we can all agree is just an absolutely amateurish way to go about documenting these events.

So that’s why it’s absolutely incredible to see a video like this one. I’m not sure how it came about, but for some reason a guy who had an HD camera and actually knew how to shoot footage in a good way was hanging around in downtown Austin last weekend when he ran into a bit of a commotion.

From what I can tell, some guy had called another guy’s girlfriend a bitch and now they’re beefing about it. It soon comes to fisticuffs:

I mean wow – you never see videos that clean and crisp for street fights ever. I can’t really tell who was in the right and who was in the wrong – I mean the guy probably shouldn’t have called the dude’s girlfriend a bitch but I’m not sure he had to lay them out so badly because of it.

Fair play to him for standing up for her though, and it kinda sucks he didn’t get away from the cops because that is gonna be one long boring-ass night in the cell for him, and possibly a court appearance too. Ouch.