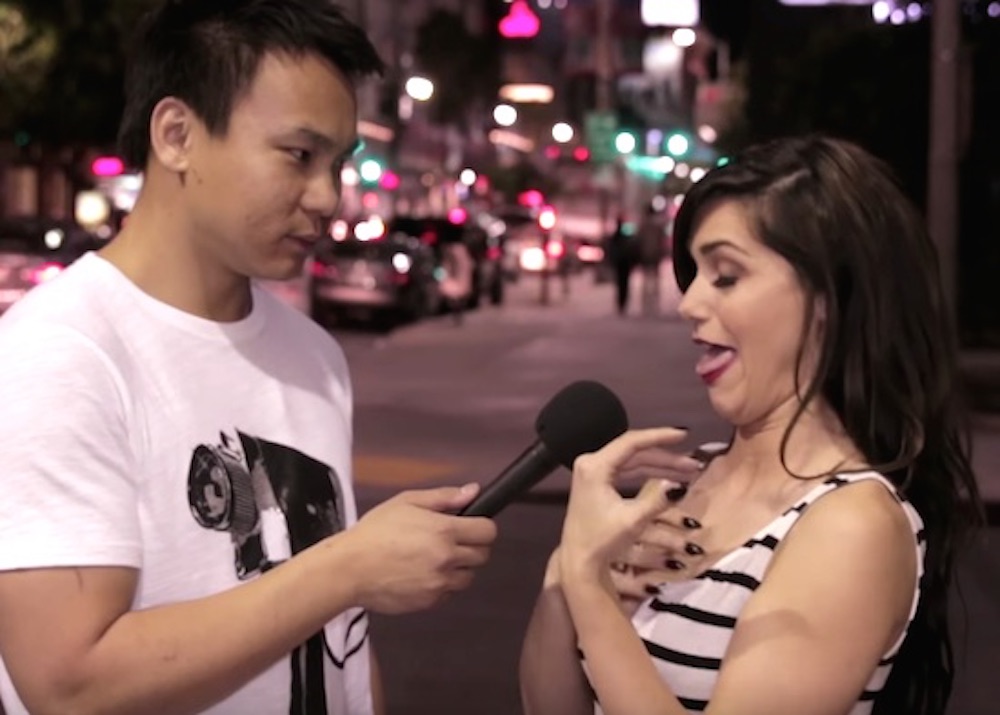 I imagine that it’s a fairly big deal for a girl the first time they give someone a blow job. I mean you can read all you want about it and get your more experienced friends to tell you how to do it properly, but nothing is gonna really prepare you for that moment when you’re faced with putting a giant (or titchy) dick in your mouth.

I imagine for most girls it’s pretty much like the first time you have sex – pretty awful – but you get the hang of it with time. Judging by these drunk girls that were interviewed in the street about the first time they ever gave anyone a blow job, it seems like my suspicions were correct.

Respect to these girls for telling it like it is to some random dude with a microphone in the middle of the street. They’re probably all going to regret it when the video goes viral though. Oh well.

For more of the same, check out this story about a mother catching her daughter giving head. Awkward.