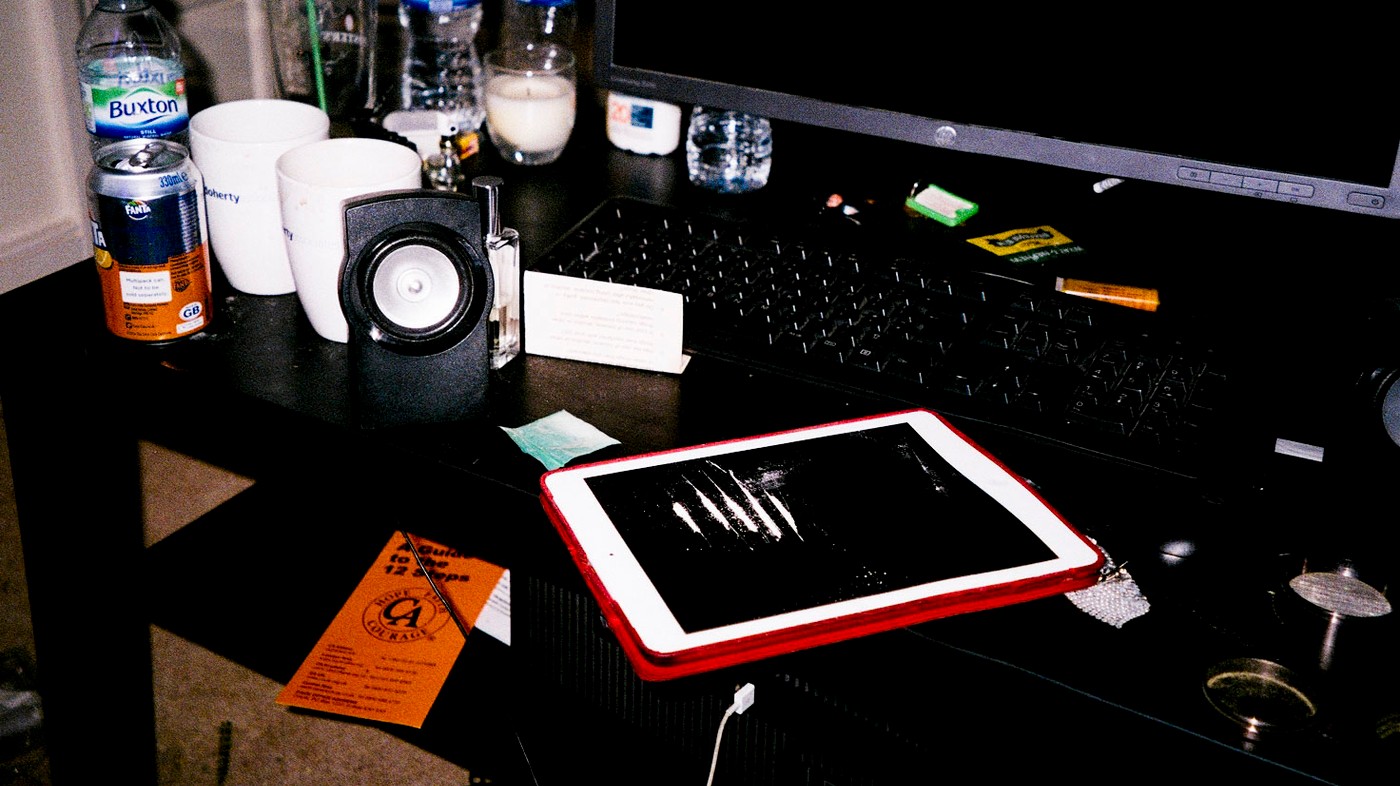 Everyone’s business seems to be taking a hit right now because of the Coronavirus epidemic and people being forced to stay home and it seems like this even applies to drug dealers as well.

A special investigation by The Daily Star has revealed that dealers are drastically lowering their prices due to the fact that people are in self isolation and not partying as much as they would be under normal circumstances, especially with the summer just beginning. The Daily Star correspondent messaged a bunch of different numbers via encrypted messaging service Kik, receiving the following responses (just for context here a gram refers to a gram of cocaine and this would normally go from anywhere between £40 and £100 depending on the quality): 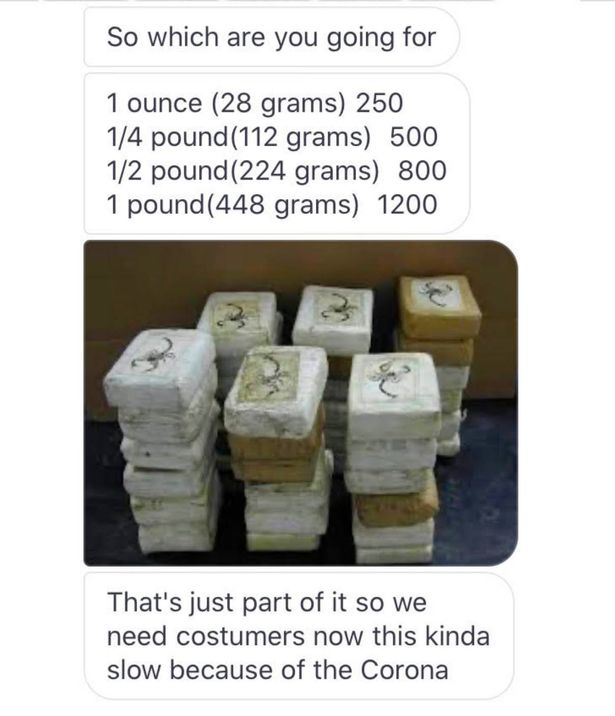 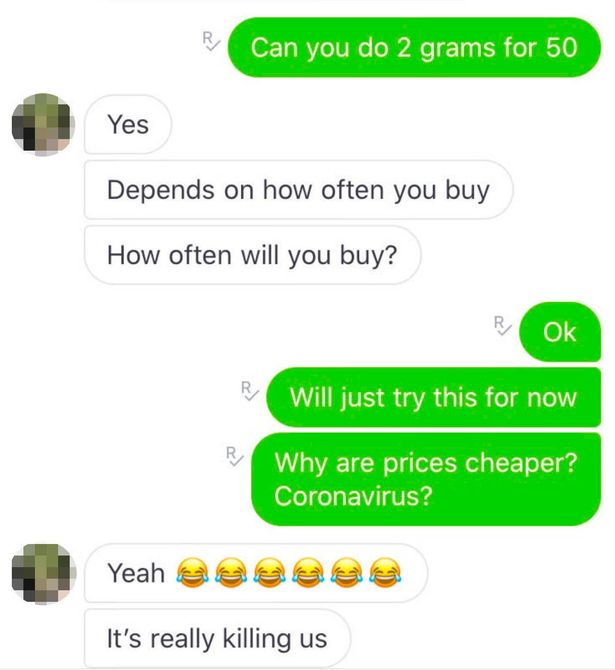 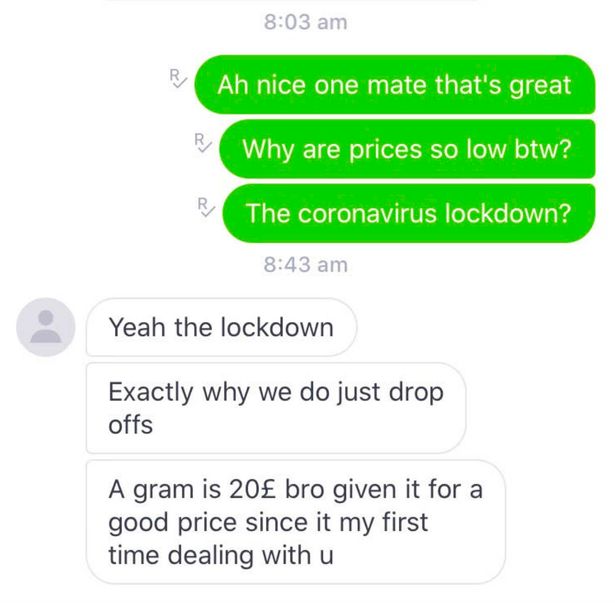 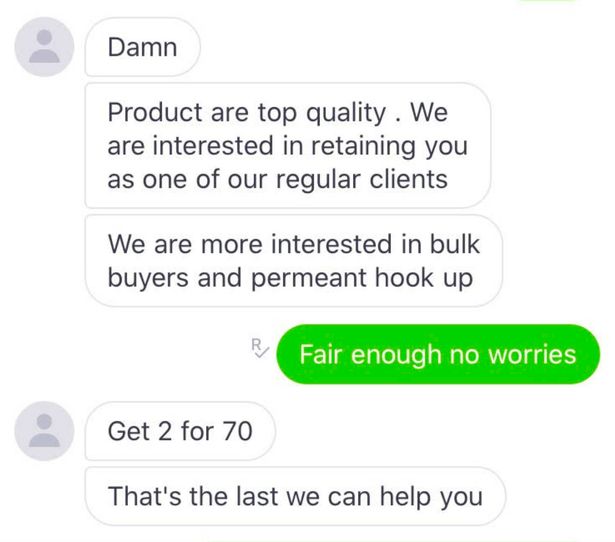 I mean I suppose you could argue that anyone could be sending those messages and not necessarily drug dealers, but what’s the point of that? The language is very reminiscent of dealers too – especially including that picture of some rocks of blow that clearly weren’t the ones that he had sitting in front of him but a jpeg he picked up somewhere off the internet.

Anyway, I guess the good news is if you fancy doing a load of beak on your own tonight in your bedroom with your friends on House Party then you’re in luck – it won’t cost anywhere near as much as usual. Result. Might be a good idea to buy in bulk to stock up for the future too. Not like you’re gonna have anything else to do in the foreseeable future.

On the flip side of this it, might not be as fun as it usually is though and you might wanna work on your social distancing when you pick it up. Maybe ask the dealer to leave it in a safe hiding place for you or something to limit your chances of contracting Corona, as chances are that dude’s gonna be coming into contact with at least a few unsavoury characters whilst he’s doing his rounds. Stay safe.

For more of the same, check out this drug charity telling drug users to use colour coded straws to prevent the spread of Coronavirus. Wish we had listened.