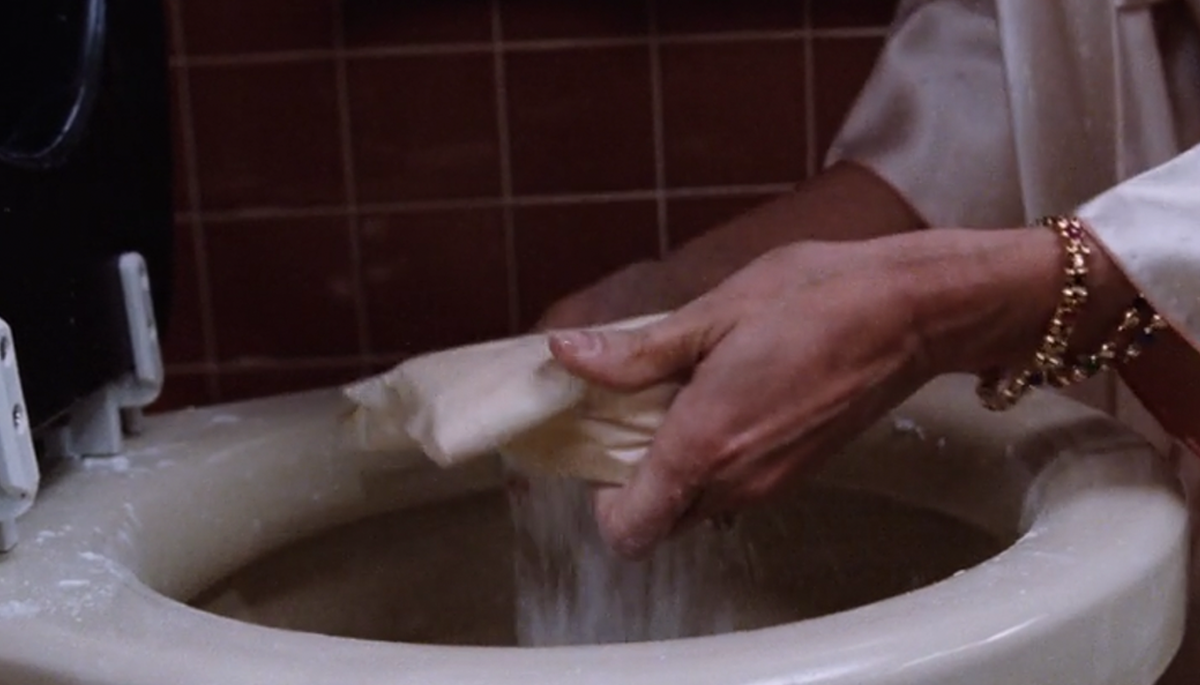 I think anyone who has ever seen a movie that involves drug dealers probably knows that if your stashhouse gets busted then the only hope you’ve got of not getting arrested is flushing all of that crap down the toilet immediately and hoping nobody intercepts it.

Unfortunately, it turns out that real life isn’t at all like the movies when it comes to drug dealers as well. So many movies have seen dealers rushing to the toilet to throw all their stuff down there, but when a guy from the Canadian town of Newmarket in Ontario tried to do the same after the police started banging on the door, all he ended up doing was clogging the toilet and making it even easier for them to catch him.

Admittedly, in the movies they normally break open a brick of cocaine and flush it down loose and this guy was trying to flush a load of baggies, but even so it looks like he did a completely laughable job of it doesn’t it?

FIREARMS AND DRUGS SEIZED IN VAUGHAN- Investigators have laid charges & seized guns & drugs following an investigation in Vaughan. Also, as an important tip, trying to flush a lot of coke might just clog the toilet.https://t.co/i81RtZdF7D pic.twitter.com/TlPzZUTvk3 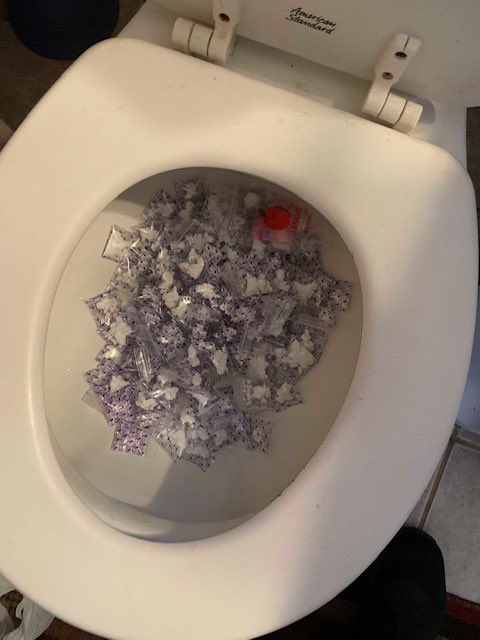 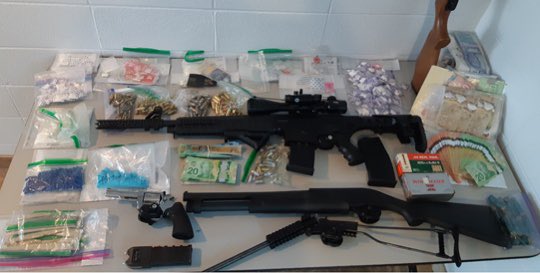 Lol looks like they clogged the toilet pretty badly there didn’t they? Maybe put a few less of them in at once and do them on separate flushes? I guess that isn’t that useful though considering the cops were probably breathing down his neck at this point. Literally.

Anyway, if it makes the guy feel any better, given the size of the stash swiped in the second picture – consisting of heroin, crystal meth, and fentanyl as well as a couple of heavy duty weapons – I doubt even if he had managed to flush it then he would have been able to blag that he wasn’t some kind of criminal. Nice try though and nice of the cops to warn the rest of us as well. Safe.

For more of the same, check out this drug dealer who wore the t-shirt that made it easiest to catch him out of everyone ever. What an idiot.