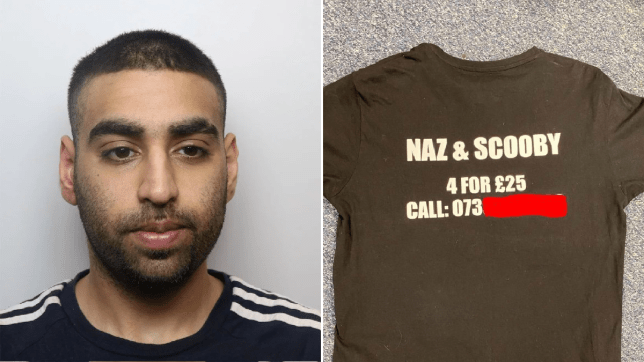 A Yorkshire drug dealer is the current front-runner for dumbest criminal of 2020 after he walked around town advertising his services on a T-shirt along with his phone number.

Wajid Hussain, 27, sold heroin and crack cocaine as part of a county lines outfit in Yorkshire.

He alerted potential customers to his prices with a shirt bearing the words ‘Naz & Scooby – 4 for £25’ followed by his mobile number.

Eventually, the inevitable happened – an undercover policeman saw his T-shirt and rang him up to arrange a ‘deal’. I’m sure you can pretty much guess the rest.

Wajid was jailed for 6 years this week at Bradford Crown Court, admitting to supplying Class A drugs and having to stand there while the court heard all about his dumb drug dealing methods. 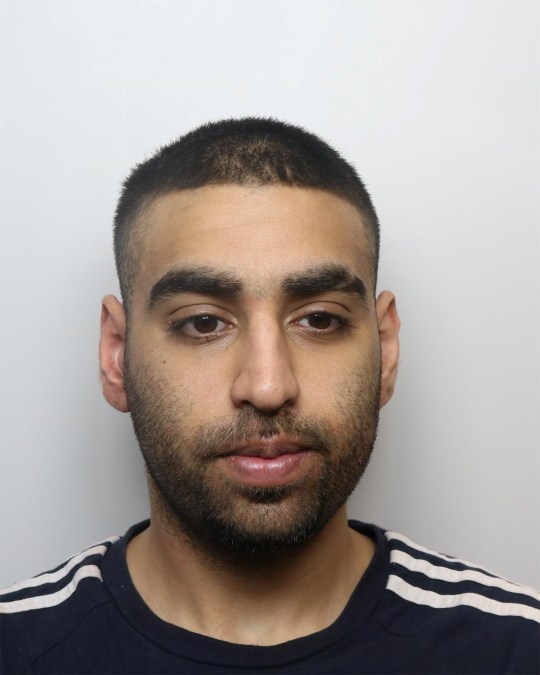 According to Metro, West Yorkshire Police’s Operation Errantdance launched an undercover sting operation and arranged a number of deals having called the number on Wajid’s shirt. Wajid was in the passenger seat for two of the deals.

Police then raided his home and found the T-shirt, as well as scales, Kinder eggs, cash and dealer bags.

Wajid had 18 previous convictions for 31 offences, including supplying Class A drugs in 2012, when he was sent to a young offender institution for 16 months. So you’d think he’d be seasoned enough by this point to not walk around with a T-shirt advertising the fact he is a drug dealer, but apparently not.

Amazingly, the phone number on his T-shirt was also registered in his name, which is unlike how county lines gang usually operate – with drug lines not registered in anyone’s name. Was this guy begging to be caught or what? Even his lawyer said this was ‘unusual’.

Judge Jonathan Durham Hall QC had his own theory:

It is typical of the brazen arrogance of those who think they are big men in their society. 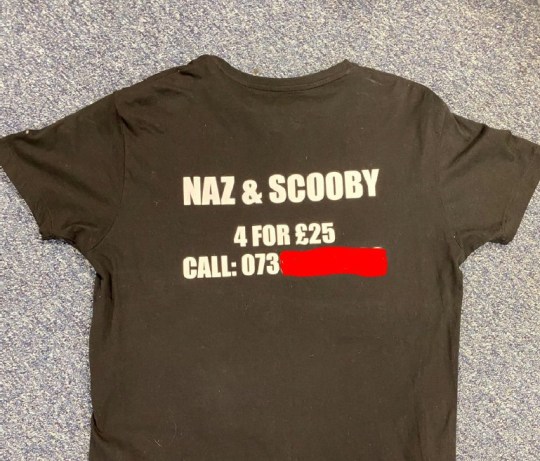 Unbelievable. I mean I can’t fault the guy’s entrepreneurial spirit but I just can’t get over how careless he was, especially as he’d been in trouble with the police so many times previously. Bet he would turn up to his drug deals in a leased A class Merc with blacked out windows blasting hip hop and all. What an absolute class A (pun not intended but intended) bell-end.

For the drug dealer who lost his £1,000 stash at Margate when he got too excited at ‘seeing the sea for the first time’, click HERE.