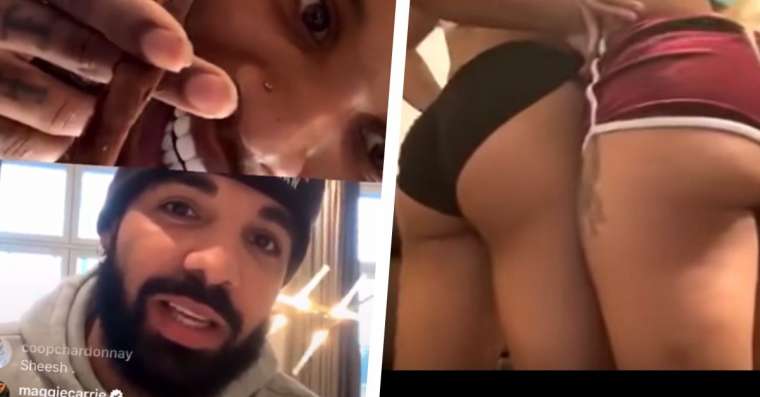 That’s one way to pass the time during quarantine.

Drake & Tory Lanez have broken the Instagram Live record for most viewers in one session after attracting over 300,000 people to their quarantine twerk contest.

The number was actually significantly lower than that for the first portion of the show that Tory Lanez was hosting, but as soon as Drake jumped on the numbers rose exponentially. In fact they more than doubled the previous record of 150,000 viewers, set during a Taylor Swift IG live.

Here’s the moment they realised they broke the record and started howling like idiots:

OK sure there’s nothing special about these two yelling nonsense at each other, but you may be interested in some footage of the actual twerk contest, which probably went some way to contributing to those numbers as well:

Wowzers. Not sure what these ladies get for winning the twerk contest but they definitely got themselves some good exposure at the very least.

What’s really crazy though is how Drake has the power to attract over 300,000 people to an Instagram Live video. I mean just think about how many people that is just staring at their phones because Drake jumped into a chat with Tory Lanez. Mind-blowing.

No wonder he can afford to go out and buy ridiculous jewellery like this $62,000 watch with a working roulette wheel in it. Alright for some.