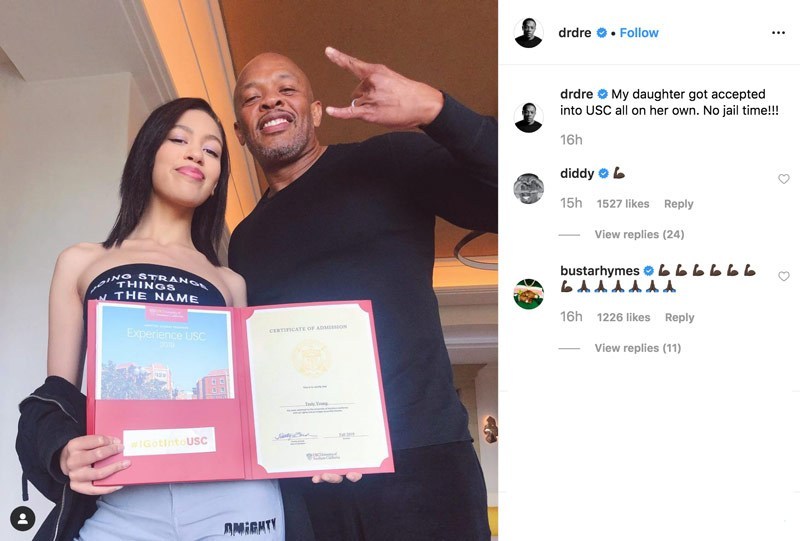 Should have thought this one through.

There’s been a lot of drama over in the US the last month or so over millionaires donating money to top universities so that their kids get accepted onto their courses, while everyone else does it the old-fashioned way of studying hard, getting good grades and taking out financially crippling student loans.

Well on the weekend Dr. Dre shared this picture of his daughter, Truly Young, onto Instagram holding what looks like an acceptance letter to the University of South Carolina, alongside the caption “My daughter got accepted into USC all on her own. No jail time!!!’ 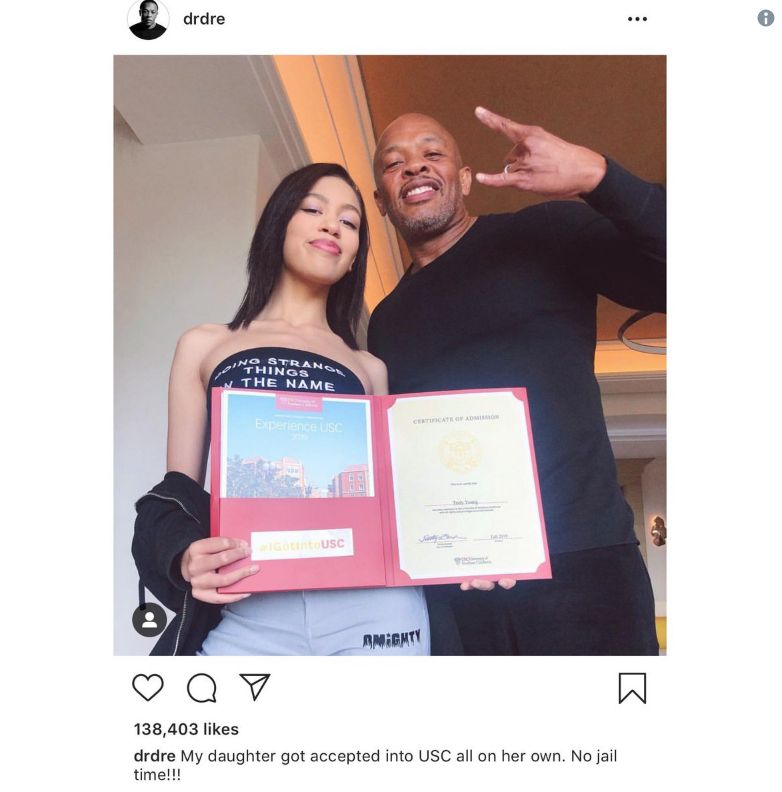 Just one problem with that – Dr. Dre had donated a whopping $70 million to the university back in 2013, pretty much ensuring any kids of his would be welcomed into the uni with open arms in future. 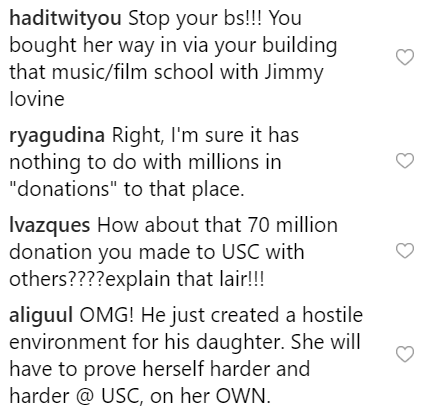 Honestly it’s only fair his daughter got accepted after Dre donated 70 mill, I just don’t know why he even had to bring this up and give everyone the opportunity to mention the massive donation he made. Which is pretty crazy in itself until you remember that Dre is worth $850 million.

It’s entirely possible that Dre forgot he donated all that money back in 2013 and his daughter did get in on her own merit, but she was never going to be rejected after her dad pumped that sort of cash into the uni was she? Like I said just a bad move bringing it up and probably an even worse move deleting the post over the backlash.

To read Dr. Dre discuss why he’s such a social recluse these days, click HERE. Doubt this latest incident will help that much.