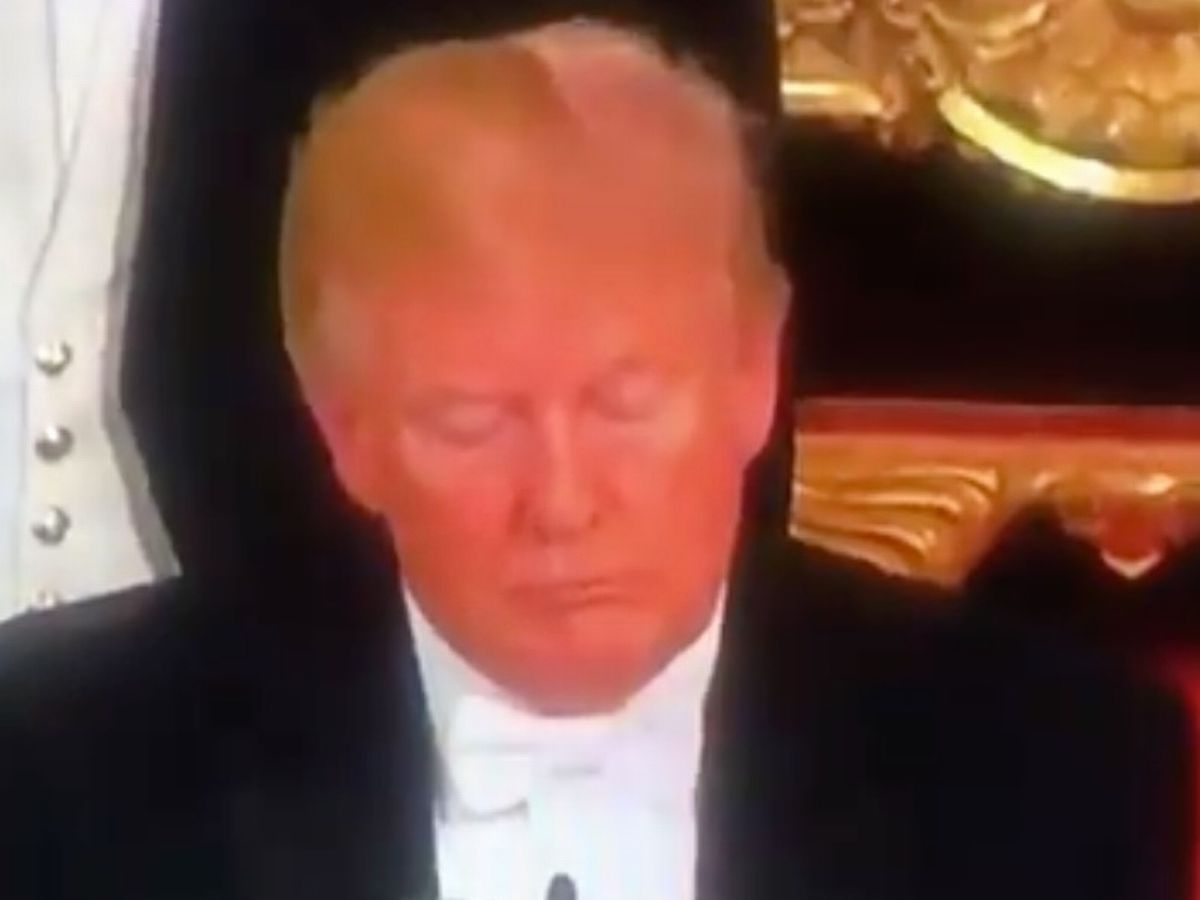 Donald Trump is currently embarking on a three day state visit to our country and obviously controversy is following him around because how could it not? It’s Donald Trump we’re talking about here.

Last night, Trump attended the Buckingham Palace Banquet and was filmed nodding off during the Queen’s Speech, when she gave a welcome speech ahead of the extravagant feast. Trump was sitting between the Queen and Camilla, the Duchess Of Cornwall and his eyes can clearly be seen closing multiple times as she talks about the close relationship between the US and the UK.

Trump even does that thing where your head jerks up suddenly when you’ve just fallen asleep for a second and stopped yourself. No way he wasn’t dozing off slightly there – take a look for yourself and see what you think:

Yeah I can’t really doubt that can you? That bit where he opens his eyes and blinks them a couple of times is something we can all relate to – I can just hear that voice in his head saying ‘come on Donald, you gotta stay awake for the goddamn Queen here, it’s gonna be great’, just before he tries to look interested and approving of what the Queen is saying and nodding along with it. We’ve all been there man.

I suppose in fairness to the guy the Queen is probably pretty boring and he was probably a bit jet lagged after coming over from America, but even so you gotta do better than that when you’re the leader of the free world. Wouldn’t catch Obama falling asleep at something like this now would you? No, you wouldn’t.

For more of the same, check out Donald Trump fistbumping the queen right here. Classy.