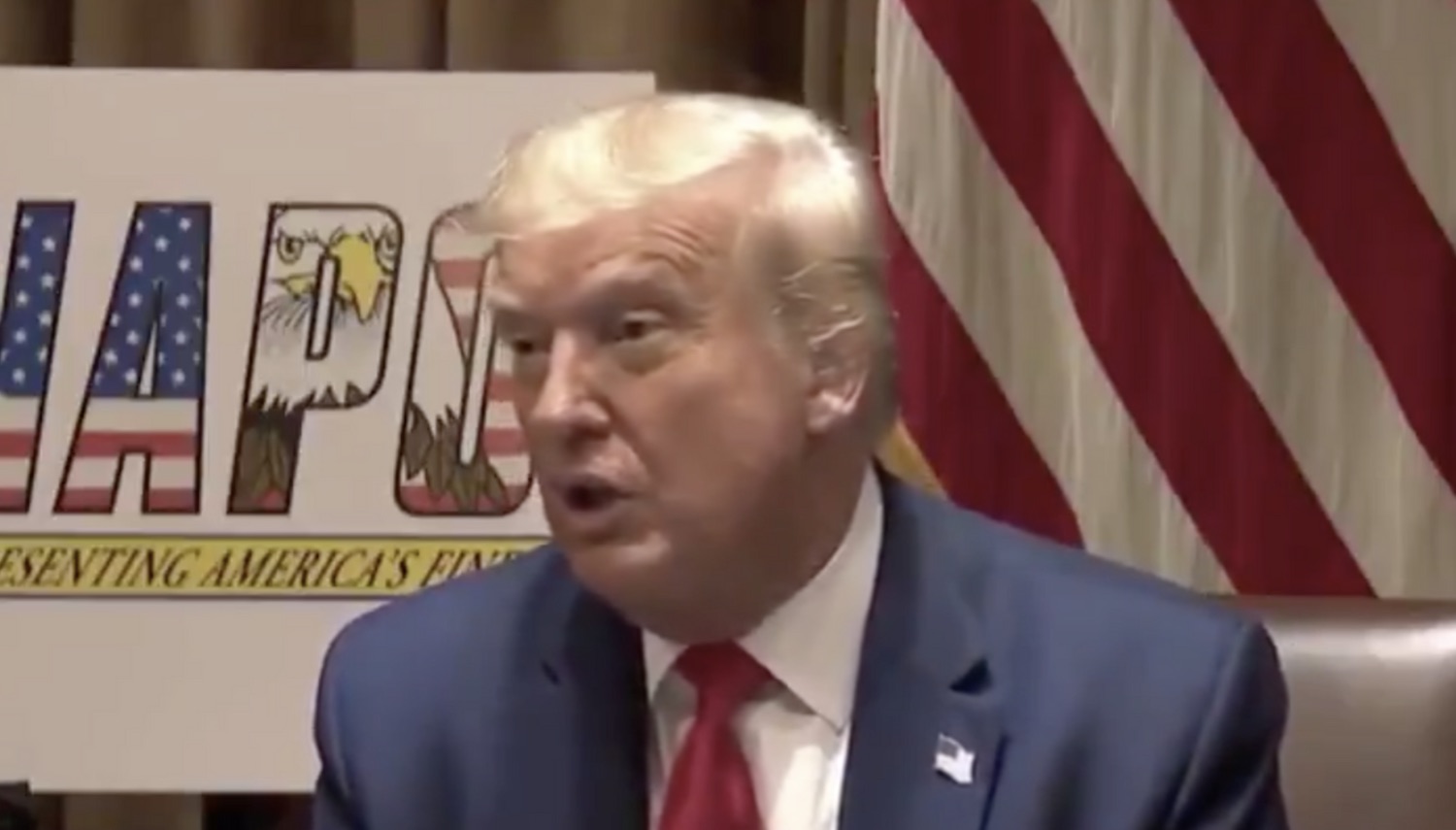 Another day, another ridiculous Trump anecdote.

When Donald Trump first started running for President over five years ago, I think we commented on how most of the time he spoke he had no idea what he was talking about and just seemed to go off on one whenever he fancied it, but I’m not sure that anyone could have predicted just how much he would decline during his Presidency.

I’m seemingly posting at least one of his speeches a week now that’s way more ridiculous than the last one and the latest one features Trump talking about how anarchists are attacking cops with cans of chicken soup and why they’re more effective than bricks and also why using them means they have a great defence against anyone saying that they’re trying to be violent. It’s another classic Trump meltdown speech that would probably be remembered forever if anyone else did it, but will be totally forgotten by next week because he’ll just end up doing something even stupider:

Trump in July: And you have people coming over with bags of soup and the anarchists… start throwing it at our cops… And if it hits you, that’s worse than a brick because that’s got force… And when they get caught, they say, “No, this is just soup for my family.” pic.twitter.com/xs9tcY9aA5

I guess you can’t really argue with his logic to be fair, although I do question whether the anarchists that are currently out in force over in America (?) are actually doing this. I mean they definitely aren’t, but maybe they’ll start doing it after this speech from Trump?

Can definitely see a black family getting shot to death by cops for carrying home a brown paper bag full of soup to actually feed their family in somewhere like Milwaukee next week because of this speech. That’s just the way it goes in 2020.

For more of the same, check out this incredulous interview from Trump about a month ago. Almost forgot this one had even happened.