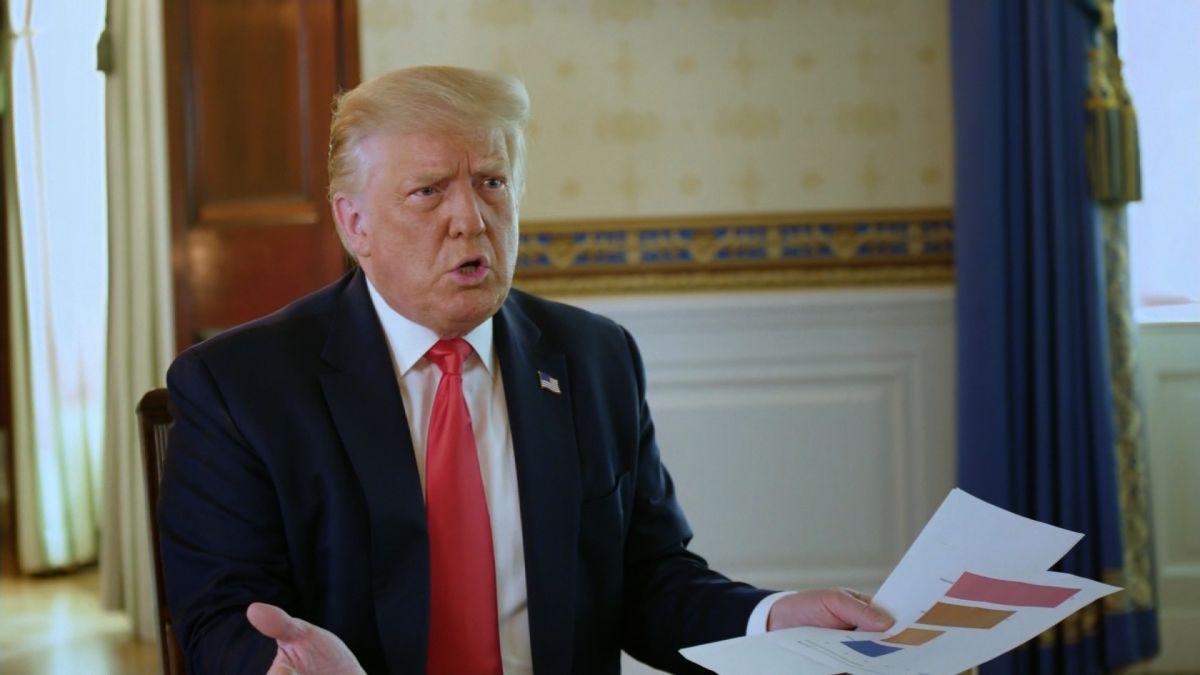 There was a brief time on this website where I stopped posting about all the ridiculous interviews and press conference Donald Trump was giving all the time, but recently they seem to have come back into fashion and are even stupider than they were before.

I literally saw this clip on Twitter of someone saying that it had used deep fake technology to create an American version of ‘The Thick Of It’ and I actually believed it because the content is so ridiculous. It mainly involves Trump talking to some journalist who for once actually pressures him on why he thinks that the % of population deaths isn’t a relevant statistic when comparing the US’s performance regarding Coronavirus against the rest of the world and waving around a bunch of hand drawn graphs to try and justify it.

It really is something else:

Swan: “Why can’t I do that?” pic.twitter.com/MStySfkV39

I mean that is just not a good look is it, but then when has Trump ever come across well in any of his interviews? I suppose it isn’t helped by whoever is editing it/filming it making it look like an episode of ‘The American Office’ causing Trump to come across as an even bigger buffoon than usual.

People on Twitter are saying that this is going to be a disaster for him and end all hopes of his re-election, but given how many screw ups the guy has been involved in over the last four years that we don’t even remember, I doubt this is going to be the straw that breaks the camel’s back.

I would say that we should probably all laugh at this whilst we can, but then it isn’t going to be so funny come November when we realise we’re gonna have to put with four more years of this crap. Depressing.

For more of the same, check out this ridiculous Trump interview from last week. That one was so silly.