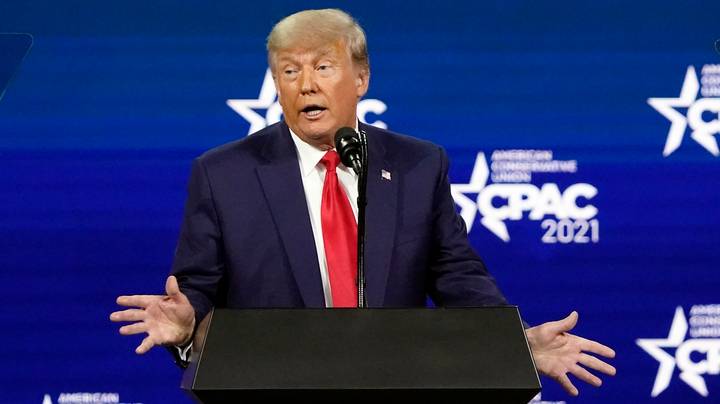 It’s actually been over a month since we’ve heard from Donald Trump – and what a month it’s been – but it turns out that the former President of the United States isn’t going to be out of our lives forever and he’s still out here pedalling hate speech and dangerous opinions any chance he gets.

Trump was speaking at the Conservative Political Action Conference and immediately chose to attack transgender athletes. Here’s what he had to say: 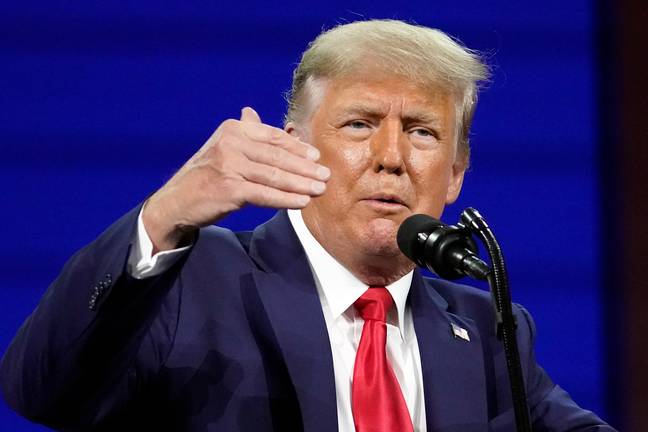 Young girls and women are incensed that they are now being forced to compete against those who are biological males. That is not good for women.

That is not good for women’s sports, which worked so long and so hard to get to where they were.

The records that stood for years and decades are now being smashed with ease, smashed. If this is not changed women’s sports as we know it will die and end.

I think it’s crazy what is happening, we must protect the integrity of women’s sports.

And I don’t even know, is that controversial? Someone said ‘well that’s going to be very controversial’ and I said that’s OK – you have not heard anything yet.

Yeah I’m not really sure what to say about this one. This is a really murky subject and to be honest I can see valid arguments from both sides on this – including what Trump is saying – so for once I’m not going to try and break it down for you and give my opinion on it. Just do your own research and come up with one yourself if you care – this article is a fairly a good starting point and presents a fairly balanced look at the issue.

For more of the same, check out this transgender MMA fighter who says she enjoyed fracturing her opponent’s skull against the cage. Maybe leave off the comments like that.