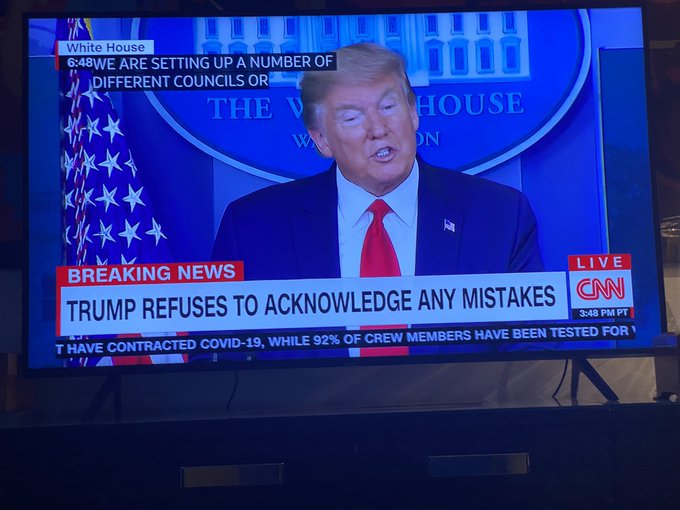 I haven’t actually been writing too much about Donald Trump and the United States’ response to the Coronavirus pandemic, but this video clip from last night really couldn’t be ignored because it’s so great and actually sees Trump lose his rag for once.

We all know that when Trump comes up against a tough question from the press he normally just talks over the journalist or reframes the question and talks about something completely different to what he was asked, but CBS journalist Paula Reid wasn’t having it last night and refused to be silenced when asking about his stunted response to the pandemic.

The press conference started with a video that had been favourably edited to depict Trump dealing with the crisis in a masterful way, but Reid and other members of the press called him out about it and this led to Trump going on a bizarre rant about how the mainstream media was fake. He then tried to talk about Joe Biden but Reid didn’t let him, which only made his performance worse.

CNN also completely rinsed him with their headlines during this segment which was pretty great:

Here’s video of @PaulaReidCBS grilling Trump on what his administration did in the month leading up to the coronavirus crisis.

A lot. A lot… We did a lot. Look. You know you’re a fake. You know that. The whole network, the way you cover it is fake. And most of you, not all of you, but the people are wise to you. That’s why you have a lower approval rating than you’ve ever had before, times probably three.

For more of the same, check out Trump acting furiously after a picture of him became a meme. Simpler times.