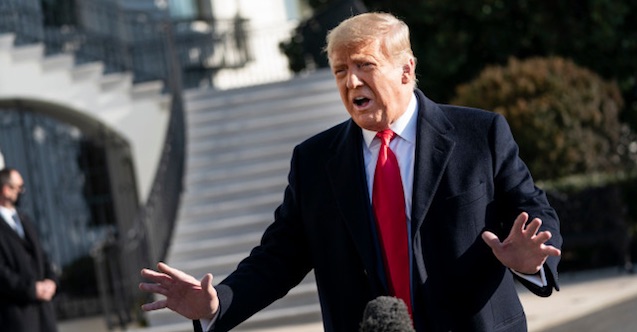 It’s fair to say that Donald Trump has lived most of his life in a dreamland doing whatever he wants and that was pretty much true of almost every day of his Presidency as well, so it’s not really that surprising that he still believes that he’s going to be reinstated in the role by the end of the summer.

The news comes courtesy of New York Times journalist Maggie Haberman, who tweeted out the following:

Trump has been telling a number of people he’s in contact with that he expects he will get reinstated by August (no that isn’t how it works but simply sharing the information). https://t.co/kaXSXKnpF0

But he is not putting out statements about the “audits” in states just for the sake of it. He’s been laser focused on them, according to several people who’ve spoken with him (as well as WaPo reporting a few weeks ago).

That’s kinda scary isn’t it? Apparently Trump also thinks that an audit he’s currently supporting in Arizona will prove that he was the official victor in the 2020 election and he’ll be able to waltz on back into The White House afterwards.

This is a conspiracy theory that isn’t backed by the Constitution or any evidence though, but it’s scary to think that he might use Parler – is that still going? – or whatever platform he’s on now to rally all the QAnon supporters into a Myanmar style coup. It’s not beyond the realms of possibility after the Capitol Hill riots earlier this year. I really hope that it doesn’t even come close to happening though.

For more of the same, check out when Trump reacted furiously to a photograph of himself becoming a major meme. That was a funny one.