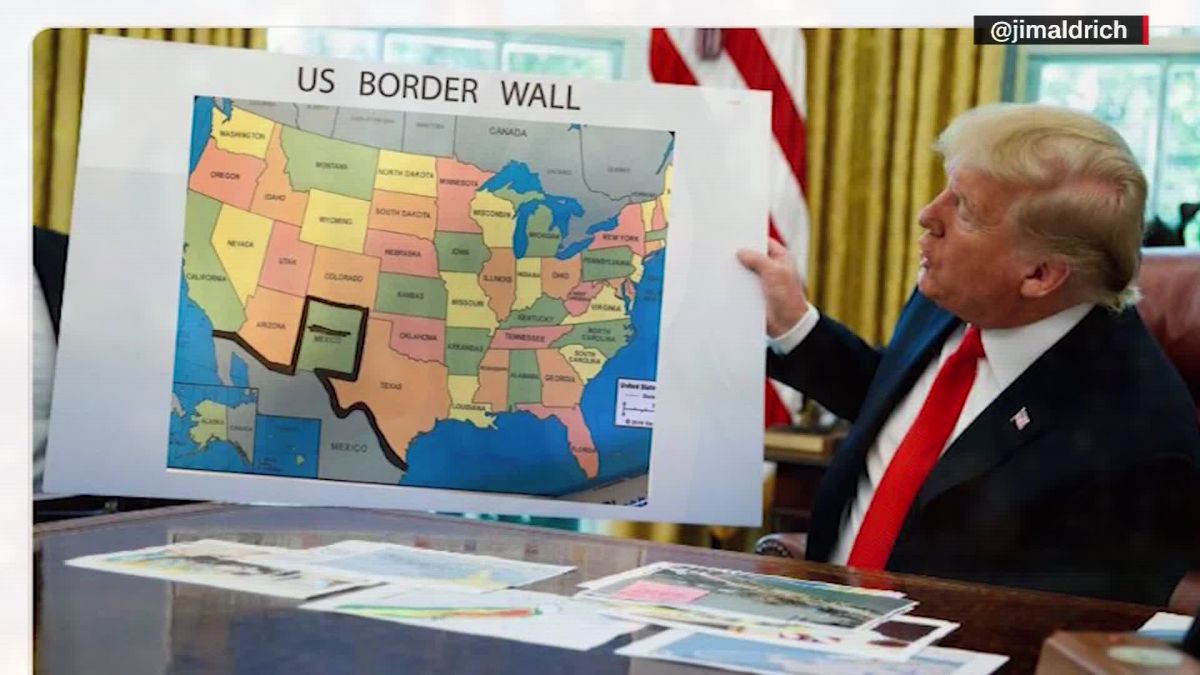 The journalist’s reaction is amazing.

Ever since Donald Trump was elected President of the United States, the whole world has been waiting for him to build his fabled wall across the border between the US and Mexico and getting Mexico to pay for it, but we’re still yet to see the results of that as he’s coming to the end of his first (and hopefully last) term in office.

Never fear though because a couple of days ago at a rally somewhere, he announced that plans were afoot for building a wall in Colorado that would really work. Whilst you probably want to take his claims with a pinch of salt given all the other crap he’s said that hasn’t come true or made any sense, the fact is that Colorado doesn’t even border Mexico so even if he did manage to build a wall there it would be completely useless.

This journalists reaction to the speech kinda says it all really:

Lol. Really does say it all about the state of politics in 2019 when a television journalist is openly pissing himself at the President’s stupidity, but I guess that’s where we are now. Build the Colorado Wall!

For more of the same, here’s Trump throwing Starbursts at Angela Merkel. Lol?