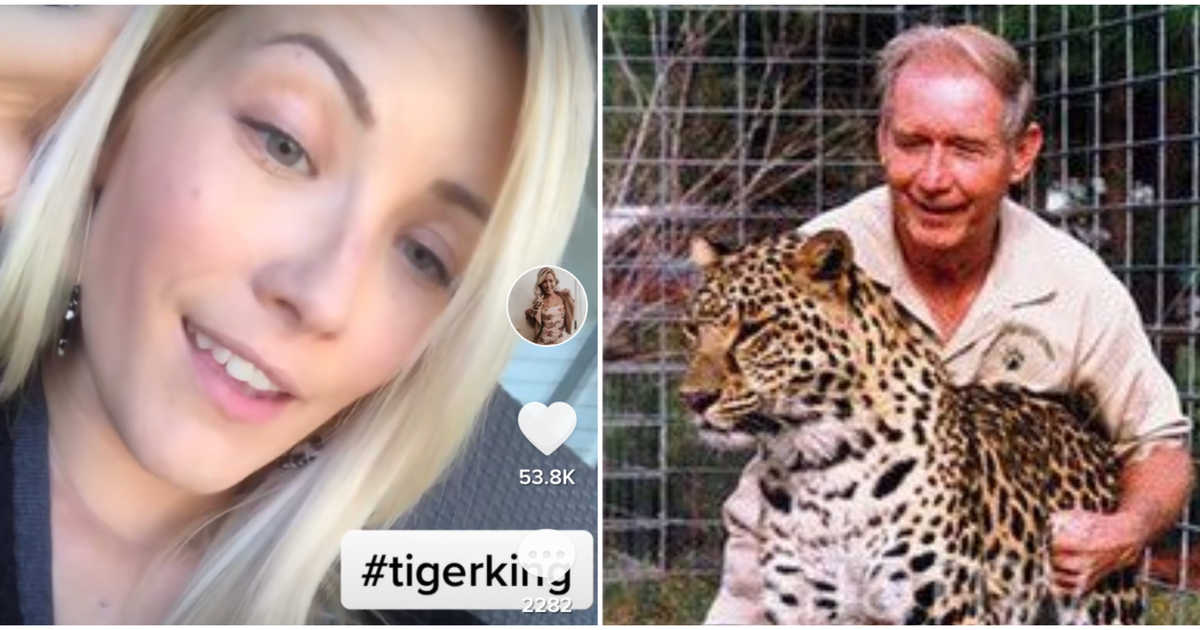 The Tiger King saga just won’t stop producing new twists and turns and this latest one involves the granddaughter of Don Lewis – the husband of Carole Baskin – who mysteriously disappeared one day in 1997 and hasn’t been heard from since.

Tiffany Lewis here seems to be in agreement with the rest of the world that Carole Baskin had something to do with it:

Well you have to admit Tiffany Lewis makes a good point there. Why would her grandfather do a runner and leave all his millions behind? That just makes no sense. So just imagine what it’s like being Don Lewis’s granddaughter and missing out on a chunk of his fortune because Carole Baskin killed him (allegedly) and kept it all for herself and her new husband. No wonder she’s out here thanking Joe Exotic for at least trying to get Carole Baskin whacked.

Just a shame the producers of Tiger King didn’t include Tiffany in the series because it seems like she could have brought another hilarious element to it. Seems to be doing her thing on TikTok though, so there’s always that:

For the theory that Carole Baskin was working as a prostitute when she first met Don Lewis, click HERE. Have to say, it all adds up.