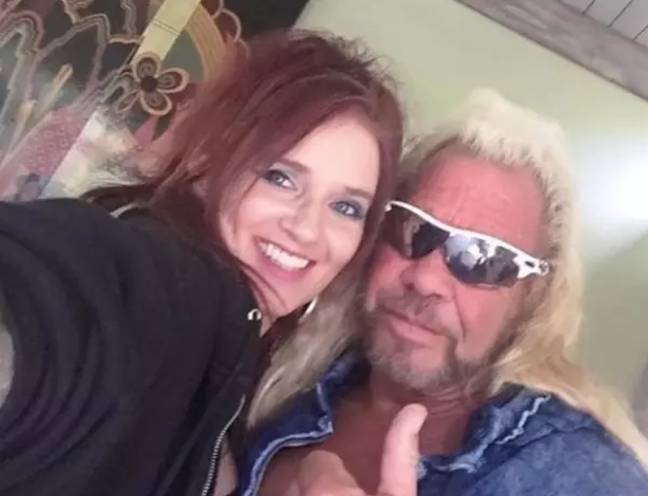 Dog The Bounty Hunter is one of those endearing celebrities that everyone kind of has a soft spot for even though he’s probably a grade A redneck idiot, merely because he was on TV constantly back in the 00s with his classic TV show of the same name.

Turns out that he might actually be a bit of a piece of work though – or at least an idiot – after his daughter claimed that he’s now dating his son’s ex girlfriend and wife Beth’s former assistant following Beth’s passing last year from cancer. Here’s what Lyssa said on Twitter:

Happiness is granted to all, and all I wish is happiness for my family. When a person who has ill intentions, that my mother specifically warned me about before her passing tries to enter, the war is on. The devil ALWAYS goes for the weakest link. Not today satan. pic.twitter.com/aNB9xn3jOA

My arenal is stacked with info, ex’s, restraining orders, trust funds thefts. 5 men in 3 years, beading dogs for cash then dumping the parents off at the pound. I got the proof. I got the big guns. Make me use em’.

If someone who met your family by dating your brother, tried to date your father after your step- mom died what would you do ? If you went to your mothers closet and saw she moved all her clothes and replaced them with her own, what would you do ? #ItsNotWhenOrWhyItsWho

My dad is a GROWN ASS MAN. His money. His dynasty. But you can guarantee that my name is not going down in history as a person who supported this.

Yep, doesn’t sound like she’s too happy about the situation and isn’t afraid to let anyone know about it. Dog himself has admitted that he’s dating Moon, releasing the following statement:

Well, I mean you can’t really begrudge Dog finding happiness after the death of the love of his life, but it does seem rather quick doesn’t it? And it’s always a little icky when people start dating other people that they’ve known for ages in a professional capacity after their partner’s die isn’t it? And the fact that Beth even warned Lyssa that Moon was bad news before she died kinda makes you think that Dog’s actions are a bit questionable here.

But at the end of the day who am I to judge any of this? Dog is probably completely messed up at the moment still over Beth’s death and like he says, this is what he needs right now. Hopefully he doesn’t come to regret it in the future.

For more of the same, check out Dog revealing Beth’s last words. Emotional.