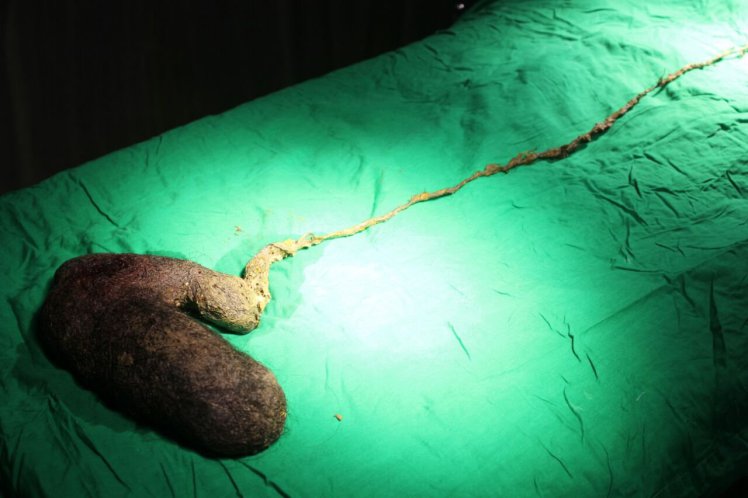 I’ve never really experienced a hairball but I find that even small ones stuck in your stomach look and feel completely rank, so to see the picture above of a 750g one that was pulled out of someone’s tummy is just next level.

The incident went down over at the at the V C Gandhi & M A Vora Municipal General Hospital at Rajawadi, Mumbai with a 20-year-old girl who was suffering from Rapunzel Syndrome – that’s where the sufferer is inclined to ingest their own hair and it becomes trapped in the intestine, forming a giant hairball. Surgeon Dr Bharat Kamath said the following: 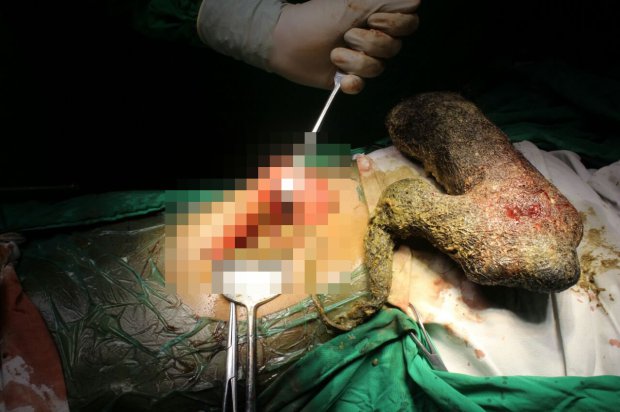 On examination, a hard lump was felt in the upper abdomen of the patient.

A CT scan showed a huge mass of hair, taking the shape of the stomach, extending through the duodenum into the upper small intestines.

psychiatric evaluation of the patent was done for trichotillomania – a disorder characterised by a long-term urge that results in the pulling out of one’s hair.

This is the first time such a case has been handled in our hospital, though there have been isolated cases elsewhere.

Small hairballs are very common; they do not require surgery and can be removed by an endoscopic procedure.

However, when it becomes a huge cast of mass taking the shape of the stomach, there remains little space for any equipment to go inside.

Completely rank. The final hairball measured 25cm long and around 12cm wide. Imagine having that rocking around in your stomach – not really sure how the heck the girl managed to let it get that big without being in constant pain all the time, but at least she’s got it out now I suppose. Rough AF though.

For more hairballs, check out this girl who had one the size of a melon. How do people let this happen to themselves?