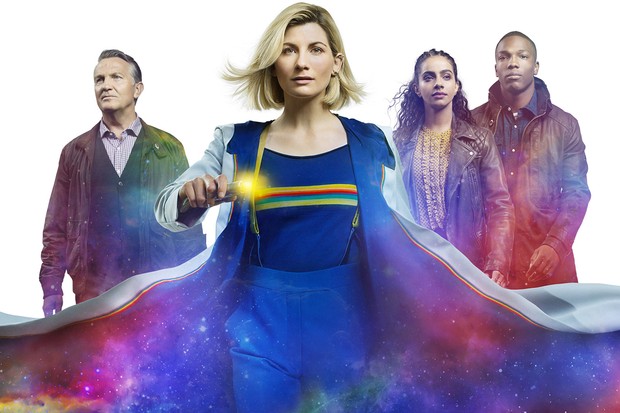 One of the worst aspects about the times we live in is that you can’t enjoy something without someone screaming at you that what you’re enjoying is problematic or oppressive or whatnot. So you can’t say something like “gee, Spongebob Squarepants is great” without someone saying you’ve committed a hate crime.

With that in mind, here’s an actual article published by The Guardian the other day on the problem with Doctor Who: 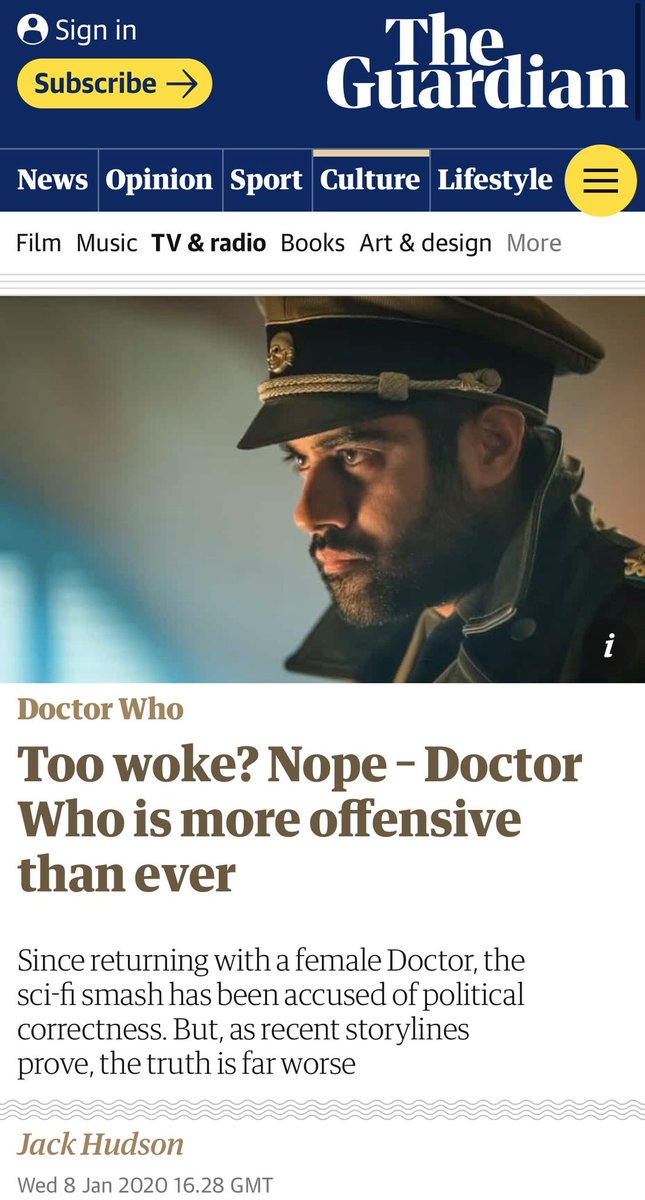 With thanks to parody Twitter account Titania McGrath who sourced all the best bits – here’s a rundown of the reasons the author gives for why the series of Doctor Who featuring a female protagonist is just not woke enough.

Doctor Who trying to be trans inclusive? Problematic:

Gay security guard murdered by dalek? Well clearly there is an anti-LGBT agenda:

The most prominent LGBT character in the episode ‘Angstrom’ is a necrophiliac. Not cool!

The Doctor advises her companion Graham not to murder a genocidal alien, clearly that’s an endorsement of fascism: 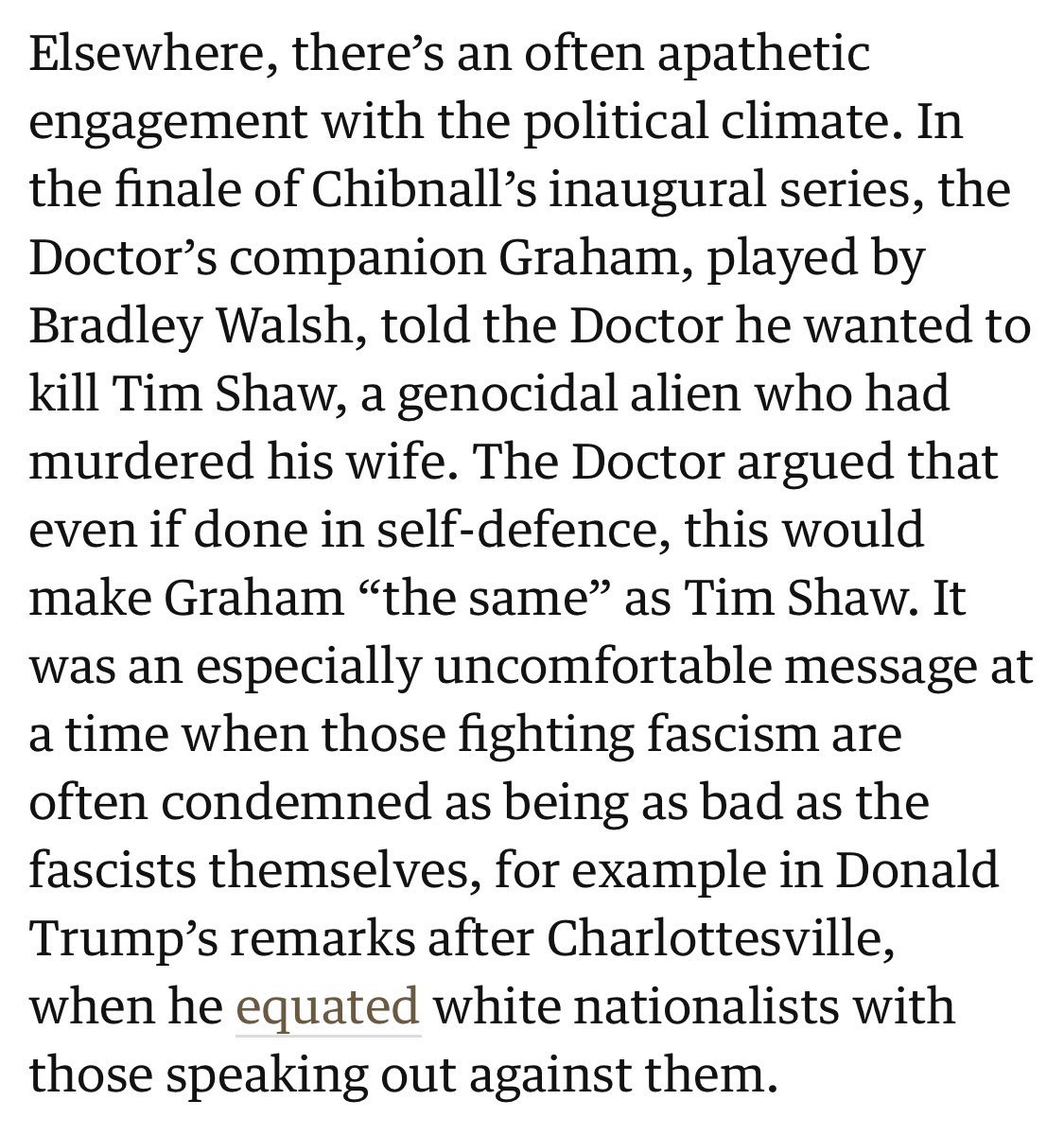 The storyline about a delivery company involves the Doctor stopping someone from murdering people at his job, when really it should have been tackling the horrors of exploitative capitalism: 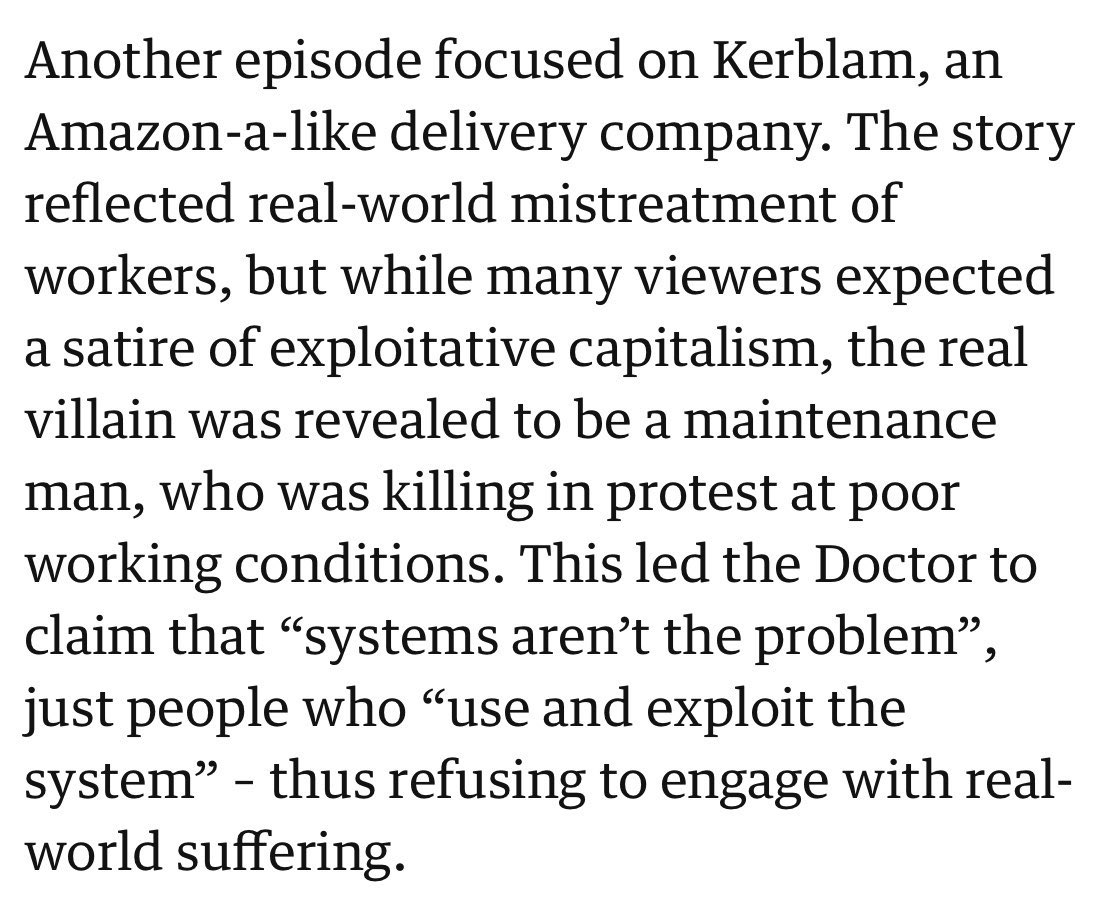 Worst of all, one episode features Rosa Parks. The cheek of it: 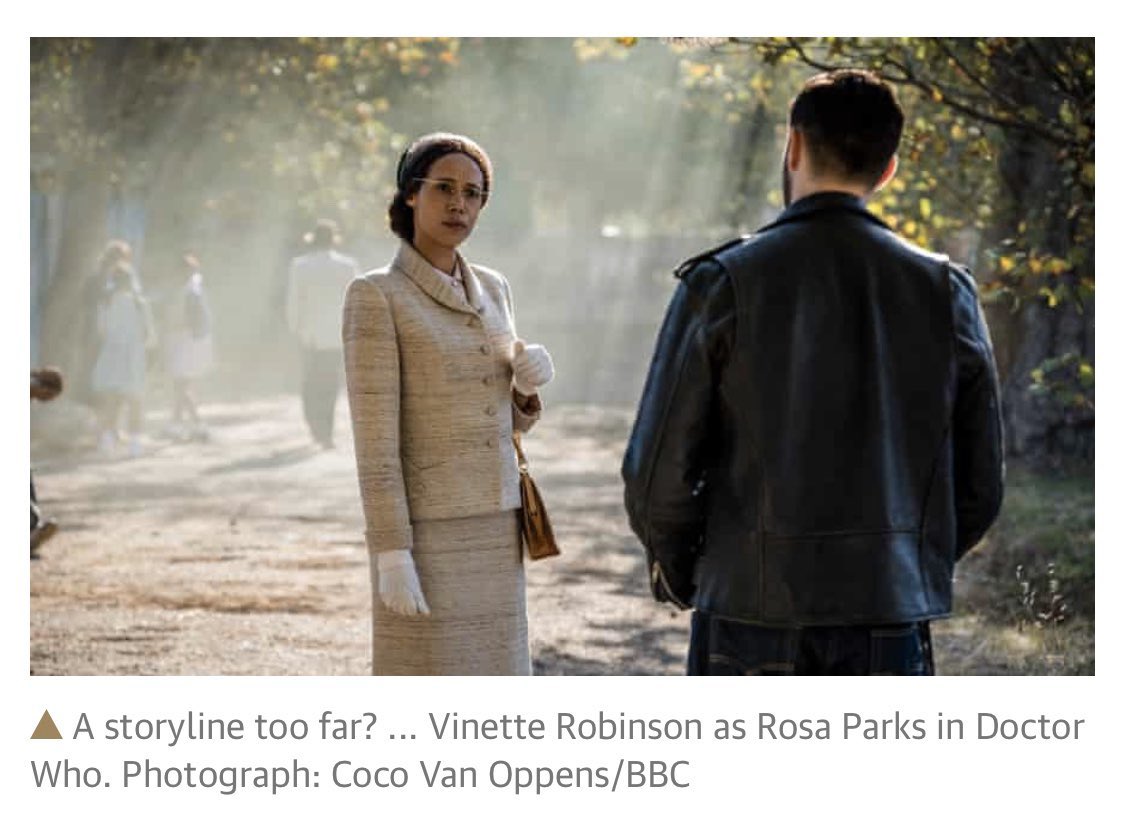 Like the article points out there are also idiots on the other end who think the show is ‘too PC’, but it just goes to show how ideologically possessed people can become that there are sections of the fan base that believe the show is either too woke or not woke enough. I just thought this was particularly amusing from the Guardian which used to be a good paper (well it still is good sometimes) but too often publishes this sort of stuff which tries too hard to find flaws in everything for the sake of being progressive.

Can’t be too easy to enjoy life if you view everything through the lens of ‘is this problematic?’, can it? May as well just enjoy the ride.