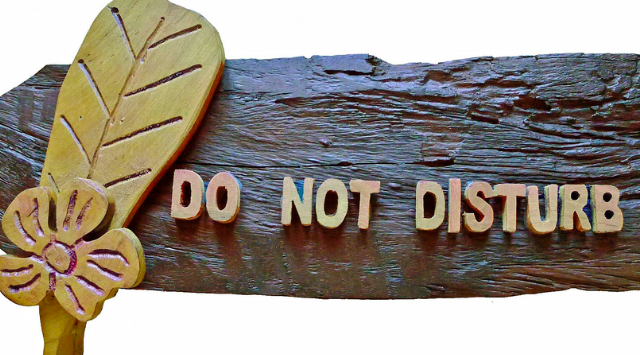 Talk about a weird obsession – his collection is pretty cool though.

Collecting stuff is really weird when you think about it – whatever the item, be it football stickers, LEGO mini figures or Pogs, it’s just kind of strange that you would want to amass a massive collection of stuff just so you can show it to people, especially when it’s essentially useless. Still, everyone needs a hobby and people will collecting stuff until the human race becomes extinct.

It’s weirder though when you decide to collect something that’s completely offbeat and off the wall like this guy, who’s decided to collect Do Not Disturb signs from hotels across the world. His name is Eduardo and he’s from Turin, and he got into the game through being a civil servant who travelled extensively for years.

He explains his obsession with the following statement: ‘I picked up my first “do not disturb” sign while on a business trip to Pakistan nearly 20 years ago. One sign led to another and it soon became an addicting hobby. Each sign could tell a story — they are memories of fascinating travel destinations.’

Here are some of the best, but the guy actually has over 8000 of them on his flickr account.