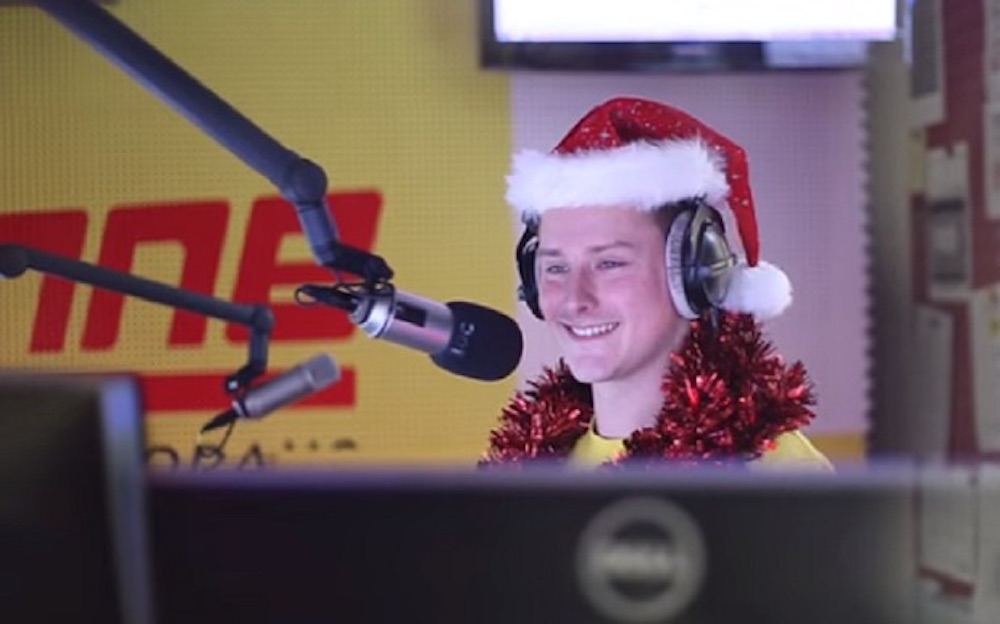 Surely there are better Christmas songs than this?

An Austrian DJ has broken the world record for the amount of consecutive plays of a song on the radio by barricading himself in his studio and playing Wham’s ‘Last Christmas’ 24 times in a row. I’m pretty sure I would have changed the channel.

The stunt was pulled off by a 27 year old guy called Joe Kohlhofer, who works at the Antennae Carinthia radio station. He apparently thought that people weren’t being Christmasy enough just yet and so set about to change this by playing Wham over and over again. I think that’s probably more likely to drive the population to suicide rather than enthuse them mate.

Hi co-host Patricia Jordan was powerless to stop him from doing this because he barricaded himself in the studio and wouldn’t let anyone in. In total he managed to play the song 24 times during his two hour slot at 8am.

Even though the station received over 500 complaints from listeners, Kohlhofer refused to stop and only relented when his four year old daughter called the station and begged him to give in. Kohlhofer had apparently wanted to play it all day but agreed as he didn’t want to make his daughter unhappy – he still played it once more as he had only played it 23 times so far though. I mean that’s not nearly enough is it?

Once the final rendition was up, Kohlhofer turned the radio station back to his colleagues. Surprisingly, he won’t face any disciplinary action for his conduct – probably because it’s generated so much PR – but the station are insisting that his actions weren’t planned in advance. That sounds kinda fishy to me, but hey maybe they were so happy with the ‘publicity’ this idiot got them that they’re happy to keep him on the air for his next madcap episode.

There were some repercussions though – the boss of the station has apparently told him that he’s going to have to work Christmas Day and New Year’s Day. I’m sure he’ll be really upset about that because they’re probably the days that the least people listen to the radio and work at the station so he can just do whatever the hell he wants again. Great plan Einstein.

At least he didn’t ever get his hands on Michael Gove’s attempt at covering Wham! Jesus Christ the less said about that the better.