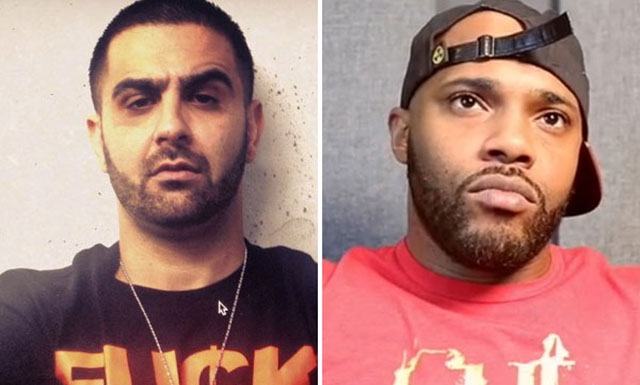 Rap battle disintegrates into punch up on camera.

Been a while since we checked into the rap battle scene, but last time we were there the 24/7 pissed off Dizaster was the man to beat.

Looks like he’s still as wound up as we remember, as his latest showdown with Math Hoffa disintegrated into a punch up (big rap battle no-no) and didn’t leave people feeling too impressed:

Anyone that respects that shit is a child. Is what it is. Great event. LA holds it the fuck down.

Just had a potential sponsor cancel a meeting that I’ve been trying to set for months. Sure it won’t be the last sponsor 2 do that this week – Total Slaughter (@TotalSlaughter) June 29, 2014

You can’t really tell what kicks it off exactly, but it had been brewing for years:

Hes been doin this to me for 3 years , im sorry i cudnt take it anymore he mentally fucked with me for years pic.twitter.com/vduWHRsvnL

The two now plan to fight fairly on PPV. What was the result of the rap battle anyway? Anyone know? I’m guessing it’s an automatic DQ when you stop rapping and just punch your opponent in the face. Could be wrong though.