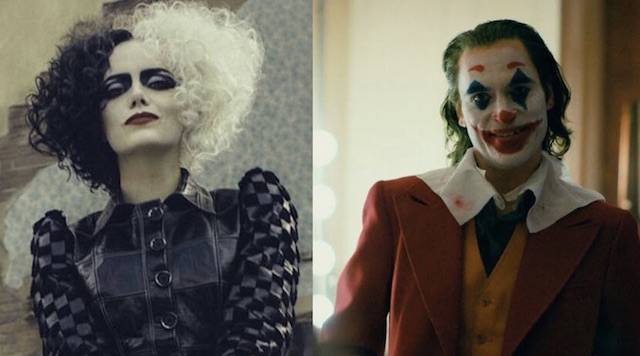 We live in a society.

You must have been living under a rock yesterday if you didn’t catch the trailer to Disney’s ‘101 Dalmatians’ prequel that focuses on Cruella Deville – and is aptly named ‘Cruella’ = but the internet (re: weird incel guys) only had eyes for one take on it: how it was pretty much a female version of their beloved ‘Joker’ movie from a couple of years ago.

Therefore, it didn’t take long for the internet to become flooded with memes and hot takes about this comparison, with some even suggesting that Emma Stone and Joaquin Phoenix should hook up in the next movie in their respective series. And this is before anyone has even seen how ‘Cruella’ actually pans out, although in fairness it does look like it’s going to be pretty good and Emma Stone is normally badass in her movies so we should be onto a winner.

Anyway, here’s what you came here for, the memes:

I was not expecting #Cruella to be Disney’s Joker. pic.twitter.com/yetj6riDzV

WHY IS THIS GIVING ME A DC TAKE ON CRUELLA? SHES GIVING ME JOKER AND HARLEY QUINN VIBES 😭😭 pic.twitter.com/VS2Jt8myd5

She was fearless and crazier than him. She was his queen, and god help anyone who dared to disrespect his queen. pic.twitter.com/e0vPUZuPap

What if The Joker… but beautiful and British? pic.twitter.com/BjWKnKhwU3

Lol. Some of those are really good, especially that last ‘We Live In A Society’ one. Can’t believe how far that stupid line has come over the years.

Anyway, ‘Cruella’ is out – hopefully in cinemas – on May 28th so we can watch it become the movie that saves cinema after grossing a billion dollars because there’s no reason it won’t do that after the success of ‘Joker’ right? Oh yeah I forgot that there’s a woman in the lead role – not going to have the same appeal to incels sadly, but hopefully it will still do well.

For more of the same, check out this story about Jared Leto trying to get ‘Joker’ stopped from being made. What a wetter.