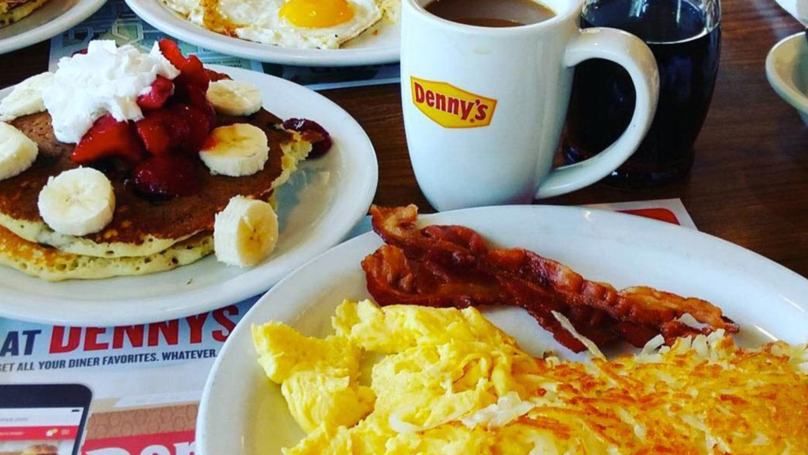 The first location isn’t where you would expect.

If any of you have ever had the joy of travelling across America, then you will no doubt have stopped at some point during your trip at their favourite breakfast/all night restaurant Denny’s.

Whilst the food isn’t exactly incredible at Denny’s, you know what you’re going to get and it’s pretty cheap so it’s pretty much an American institution. It’s kind of surprising that they haven’t attempted to expand into this country yet, given our love of American food, but they’ve finally taken the leap and their flagship restaurant probably isn’t where you would expect.

Yes, for some reason, Denny’s has chosen to launch in the UK in Swansea. Nothing against the city because it’s actually pretty beautiful, but it just seems like an odd choice as it’s so far away from the rest of the country so you’re hardly going to get people travelling over to check it out.

It looks like you might not need to though, as it’s rumoured another one is opening in Cardiff and then they’re expanding all over the UK shortly afterwards:

Starting off in South Wales, then will be all over the UK shortly after, so be ready for us!!

Looks like they mean business.  Probably won’t be too long until one is in your town, and you can stop your Uber home for a coffee and some bacon and eggs at the all night diner to sober you up. That’s really something we don’t have in this country – the late night diner culture because it’s more like the late night kebab culture over here – and Denny’s opening up might finally make that happen.

I would welcome it as it might lead a load less drunken brawls in UK city centres. Or at least help with  it. I also just think it’s cool hanging out in a booth late at night with your buddies or a girl. You just can’t beat it.

For more UK restaurants, here’s how you get free food and drink from 17 of them in the UK. Very useful information.