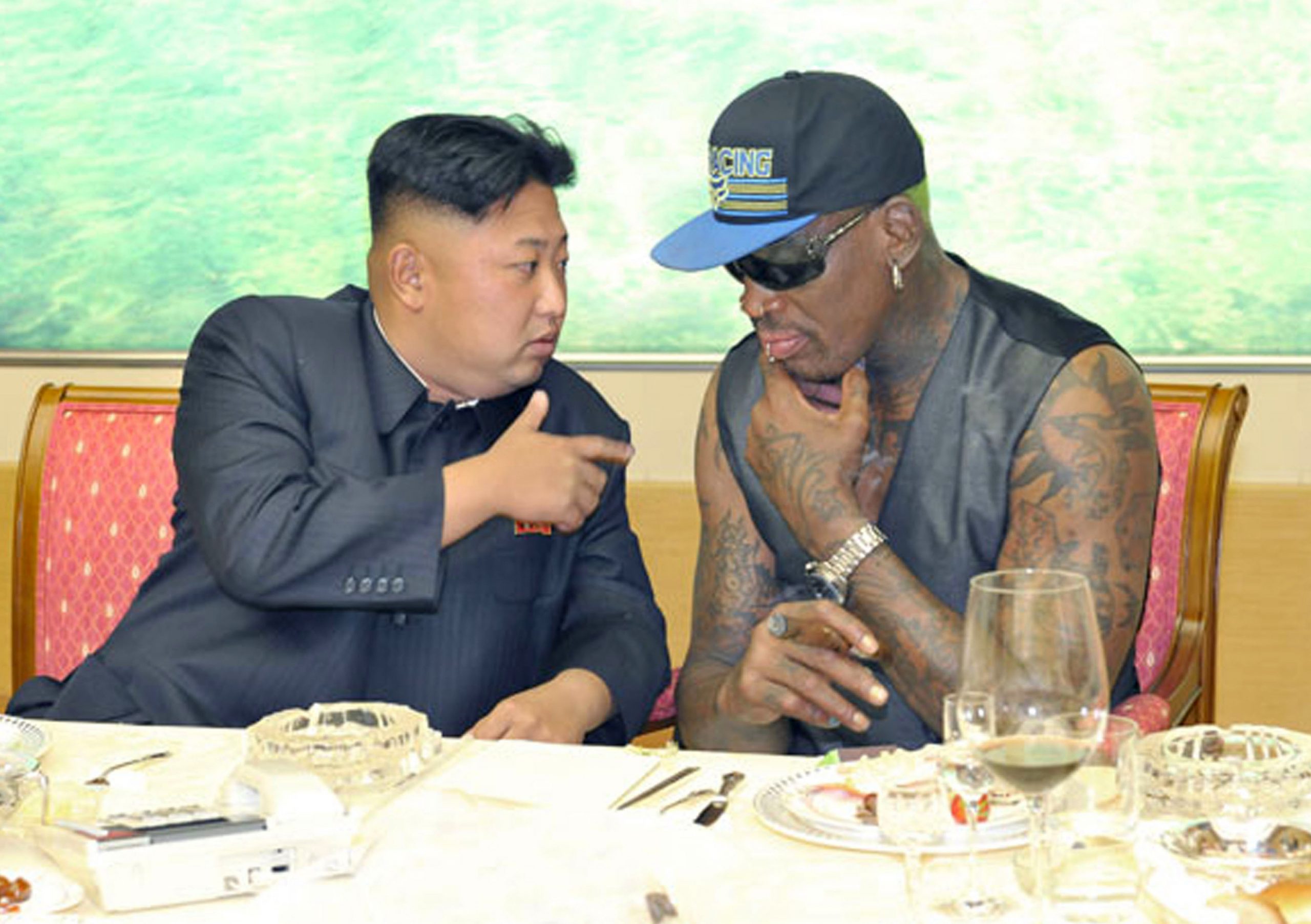 Here’s what it’s like to party with Kim Jong-un, North Korea style.

Being a basketball obsessive, it sounds like Kim rolls out the red carpet for Rodman every time he visits him in North Korea, and makes sure he enjoys himself as much as possible. According to Rodman, the first time they met, Kim told him:

Let’s have dinner tonight. A little karaoke and have some vodka, some hotties and stuff like that.

Next thing I know, we are having dinner and we are drunk as sh-t, he starts singing karaoke and I have no clue what the f–k he’s talking about. Then an 18-piece band of hot women came out — and only played the theme song from the 1978 TV show “Dallas”.

The full interview is below but you can check out the discussion on Kim Jong-un at around the 35:00 mark:

Sounds like a fun weekend I guess, even if you do have to spend it with one of the most evil and ruthless men on the planet. Dinner, karaoke, vodka and hotties? Sign me up. Ideally not with a North Korean dictator who kills people for fun, but it doesn’t seem like Rodman is too fussed about that part to be fair.

Hey, remember when Rodman sang happy birthday to him? That makes sense now:

Their whole friendship is just hysterically bizarre and terrifying at the same time, but it’s interesting that Kim looks up to Rodman so much that he made his 18-piece band of ‘hotties’ learn songs from Pearl Jam, Van Halen and the Rolling Stones for the next time Rodman visited. You know, aside from the Dallas theme tune that was apparently the only song they knew before that. Lol:

There’s just really no way to adequately describe how weird and surreal their relationship is. I mean Kim Jong-un even made Rodman an ambassador to North Korea FFS. So now he just gets to fly over to North Korea and have an absolute blast with the worst human being on the planet whenever he feels like it. And everyone just laughs and shrugs and goes “hey, that’s Dennis Rodman for ya!”.

For the time Madonna offered Dennis Rodman $20 million to get her pregnant, click HERE.