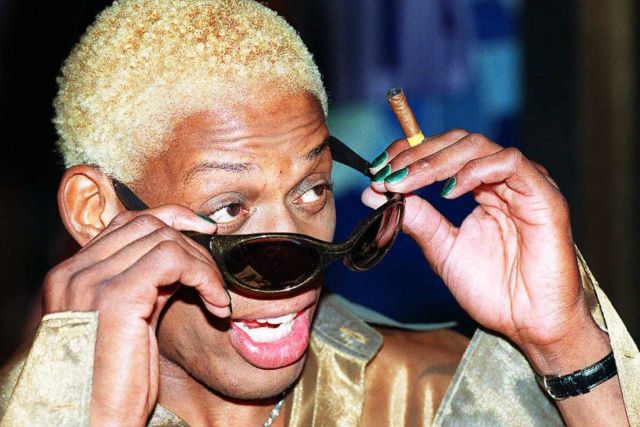 This is gonna be great.

A Dennis Rodman film covering his infamous Vegas trip during the 1998 NBA Finals is in development at Lionsgate, according to Deadline.

The film, tentatively titled ’48 Hours In Vegas’ is inspired by the crazy story of how Rodman went on a madcap adventure with his assistant GM in the middle of the 1998 NBA Finals.

It all stems from this clip from ‘The Last Dance’ in which they talk about Rodman just straight up deciding to go to Vegas for a couple days during the most important period of the team’s season at that point:

There’s only one Dennis Rodman. In 1998, there was nobody on Earth who’d be more fun – or maybe more dangerous – to party with. And yet that’s not even half of who he is.

This movie takes you on an unforgettable ride with the myth, the legend, and also the man that Dennis is, behind everything you think you know. We could not be more thrilled to be working with Phil, Chris, Aditya, Ari, Will, and Jordan, and above all, Dennis, whose amazing career and life will make for an off-the-wall hilarious yet completely human and emotional movie. You think you know anything about ’The Worm’? Just you wait!

With all the stories already out there about Dennis Rodman, there’s literally nothing that could have happened on this trip that would shock anyone. And yet, I cannot wait to watch it. It’s gonna be like a real life version of The Hangover or something, and we all know how funny that movie was. My only wish is that they cast Dennis Rodman as himself. I mean who else is gonna play him? And who else knows exactly what went down during those crazy 48 hours? Maybe they can get Carmen Electra to play herself as well? She was there, of course…

There’s only one Dennis Rodman indeed. Cannot wait for this one.

For the time Rodman described hanging out with Kim Jong-un in North Korea as involving ‘a little karaoke, some vodka and hotties’, click HERE. Maybe they could turn that into a movie too.