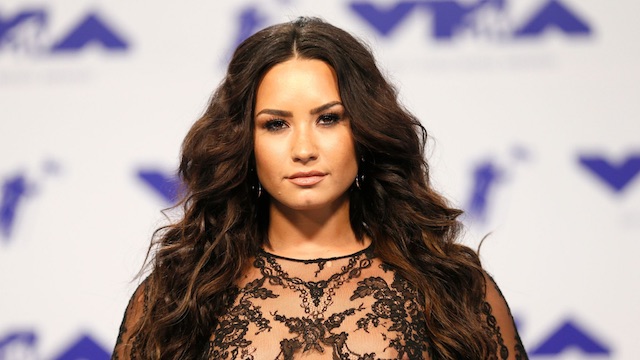 That will do it.

It’s never fun hearing about somebody overdosing on drugs, but sometimes it is educational to hear that there’s absolutely no need to mix so many drugs because you’ll probably end up dying and this is presumably why Demi Lovato has decided to come forward and talk about her recent overdose.

Demi was speaking on her new documentary ‘Dancing With The Devil’ about the time she relapsed back in 2018:

I picked up a bottle of red wine that night, and it wasn’t even 30 minutes before I called someone that I knew had drugs on them. I’m surprised I didn’t OD that night.

I ended up at a party. I just so happened to run into my old drug dealer from six years before – and the odds of that happening was crazy – and he had a duffel bag, and I just went to town. I went on a shopping spree.

I tried meth. I mixed it with molly, with coke, weed, alcohol, Oxycontin. And that alone should’ve killed me.

It was only two weeks before I was introduced to heroin and crack cocaine. I started using recreationally, and obviously, you can’t do that with heroin before you become addicted to it.

Three months after this incident, she was found unconscious in her home after overdosing. She had suffered a heart attack, three strokes, and woke up in the hospital legally blind. Jesus.

Demi also sadly reveals during the clip that her drug dealer took advantage of her that night and raped her:

When they found me, I was naked, blue. I was literally left for dead after he took advantage of me.

When I woke up in the hospital, they asked if we had had consensual sex. There was one flash that I had of him on top of me. I saw that flash and I said yes.

It wasn’t until a month after the overdose that I realised, ‘You weren’t in any state of mind to make a consensual decision’.

Jesus. That sounds like the most awful drugs bender in history and it sounds like this documentary is going to be a harrowing watch when it’s released on YouTube on March 23rd.

For more of the same, check out when she doubled down on her claim that she had been communicating with aliens. Lol of course she had been.