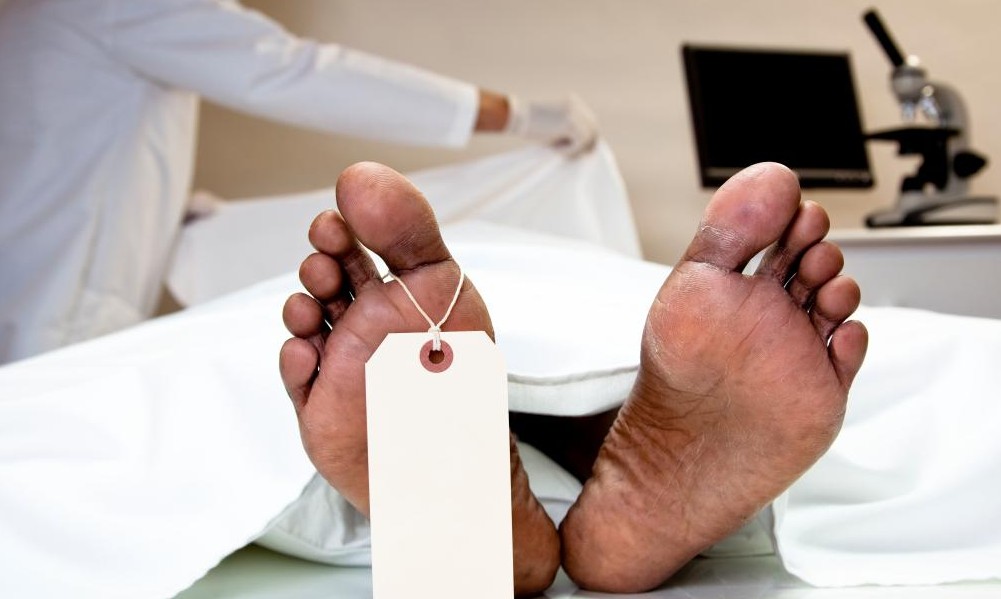 And you thought you were a big drinker.

A Russian man did the most Russian thing thinkable this week, by returning back to life after a serious fall – waking up in the morgue —and drinking vodka with his mourning buddies at his very own wake.

Mashable’s Christopher Miller spotted and translated a Russian press agency NewsRU piece, which claims the guy in question had a serious fall whilst drinking with his mates.

Medics then thought he was dead, so he was taken to a morgue in Primorye, a coastal region in east Russia. Once there, the man eventually woke up and alerted the morgue workers, who luckily were on hand to get him out of the freezer. And then, of course, he went to drink some vodka.

Though uncommon, it’s not unheard of for ‘dead’ people to ‘wake up’ at the morgue.

There was 41-year-old Colleen Burns from Pennsylvania, who woke up just as doctors were about to cut her open on the surgical table and harvest her organs. Imagine that for a second. There’s waking up late for work, or waking up and realising you fell asleep before the Mayweather-Pacquiao fight (and quickly finding out it was shit anyway), and then there’s waking up to the sight of doctors in surgical masks about to do the unthinkable — talk about anxiety.