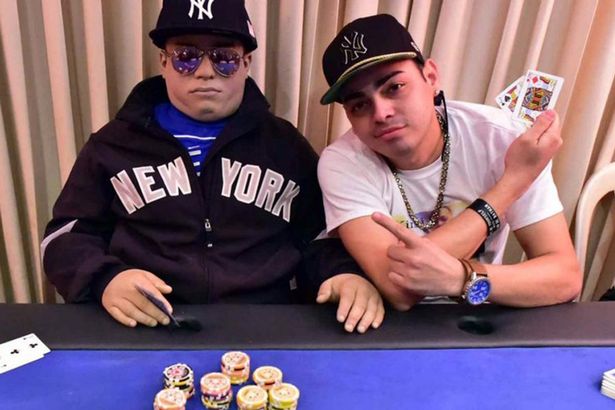 Poker-loving Henry Rosario Martinez, 31, died earlier this month after overdosing on booze and prescription pills in his hometown of Barceloneta, Puerto Rico.

Before Henry was buried, his dad and his mates had the undertakers embalm him, dress him in sunglasses and casual clothes and prop him up at a poker table for one last game doing what he loved the most. 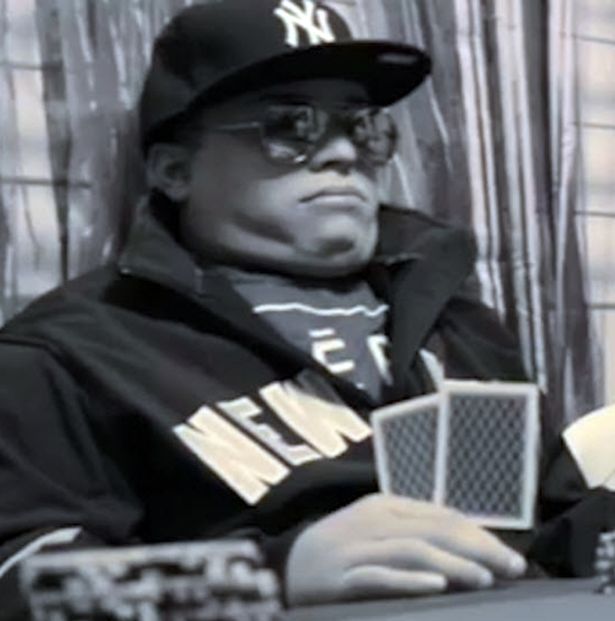 A full house of friends gathered around Henry’s corpse and played a final game of poker with him, sharing their memories and taking pictures along the way. 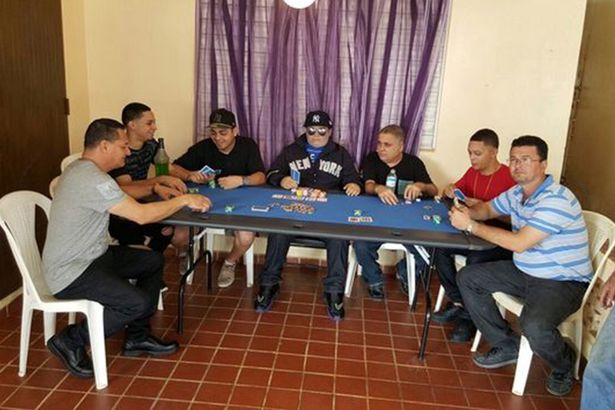 Have you ever seen a dead body? Nightmare city. The first time I saw one at the funeral home I thought it wouldn’t be such a big deal, but it was actually pretty freaky. Couldn’t wrap my head around the fact I was looking at a dead person with make-up on. For some reason though, these Puerto Rican dudes love hanging out with dead bodies. Just casually prop them up at the table and have themselves a poker game just like old times.

Just a tad bizarre, but a fitting tribute from the sounds of it. Just like this group of boys who celebrated the death of their friend after he blanked them in favour of spending all his time with his girlfriend.