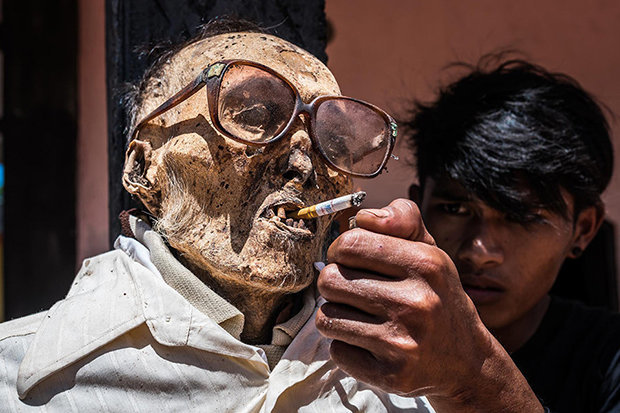 Usually when a family member dies, you bury or cremate them, say a few words to celebrate their life and then aim to remember them as much as possible, and that’s the end of it.

Not so for the people of the Tarajan tribe in South Sulawesi region of Indonesia, who every three years celebrate the ‘Cleaning Of The Corpse Ceremony’. This means that they dig up the corpses of their loved ones, dress them up in clothes with props like cigarettes, mobile phones and sunglasses and then take smily photographs with them. They also take the opportunity to repair the coffins and make sure they’re in good working order. Bizarre doesn’t even begin to cover it.

Apparently this practice began over a hundred years ago when a hunter named Pong Rumasek found a corpse abandoned in the mountains under a tree. He proceeded to dress the body in his own clothes and give it a decent burial and was apparently rewarded with good fortune afterwards. It’s now a tradition down there that’s taken very seriously as you can tell by the photographs in this article. 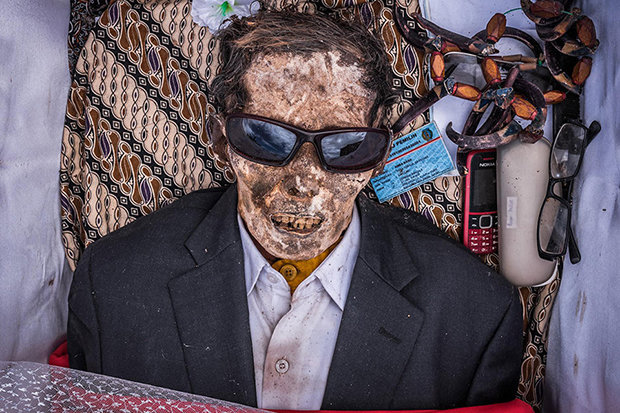 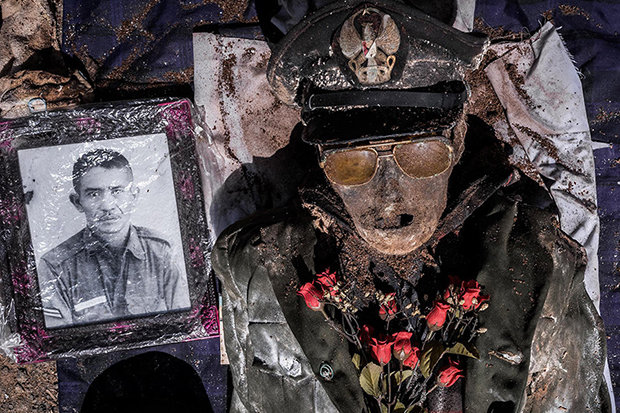 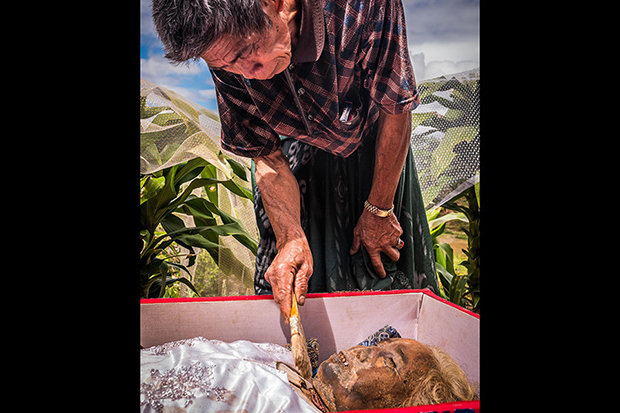 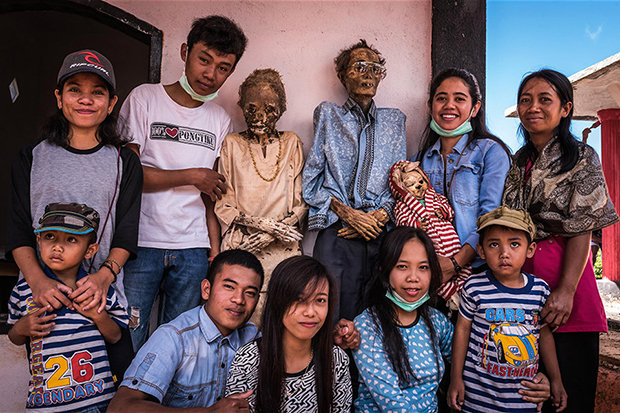 For those of you worried about the health implications of digging up corpses and hanging out with them, you needn’t be. The residents wear face masks which allegedly keep all the bacteria out. Not sure if I’m buying that but hey, it’s their life not mine.

The new Indonesian government isn’t interest in banning the practice either and is happy for it to go on so we’re probably going to see these kinda pictures every three years for the foreseeable future. Joy.

For more dead bodies, check out this guy who killed his girlfriend and had sex with her dead body as it was the only way that she would bang him. Troubled.