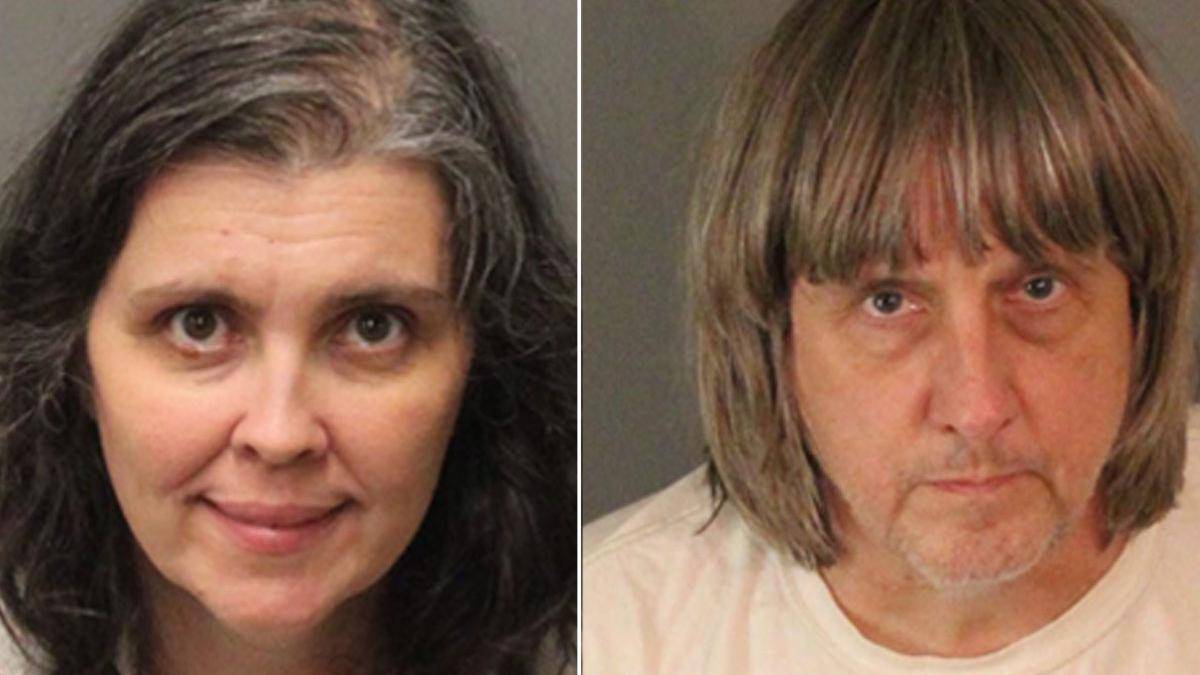 The world has been caught up in the awful story of David and Louise Turpin for the past week or so, after they were accused of running tier own ‘House Of Horrors’ in California where they tortured, starved and abused their children for years after renouncing their religious upbringing.

More details are continually emerging about the case and the latest sordid story comes from Louise’s sister Teresa Robinette. Robbinette claimed that the pair were desperate to ‘sow their wild oats’ after giving up the church and starting to get wasted all the time, and they continued along this path by jointly organising a sex session for Louise with a stranger at a motel in Huntsville, Alabama:

She told me that her and David had met a man online, from Huntsville Alabama, and that they were on their way there to meet him, and that she was going to sleep with him, and that David was okay with that.

She went to Huntsville Alabama, David dropped her off, she met this man in a motel, slept with him.

And what makes it even worse and even weirder is that exactly one year to the day, of the anniversary that she did that.

She called me and thought it was funny that David was taking her back to the exact same hotel room, the same bed she slept with this man in, so David could sleep with her in the same bed.

Louise no longer exists to me. Her and David are dead to me.

That is kinda weird. I mean letting people have sex with your partner does happen a bunch of the time, but heading back to the same spot withy our partner to have sex on the anniversary of it occurring is pretty damn freaky.

Don’t really get why anyone would want to do that or how it would even turn them on? I suppose we’re dealing with a complete bunch of weirdoes here though so conventional rules don’t reply. Fairly certain this won’t be the most bizarre thing we hear about their relationship in the coming weeks either.