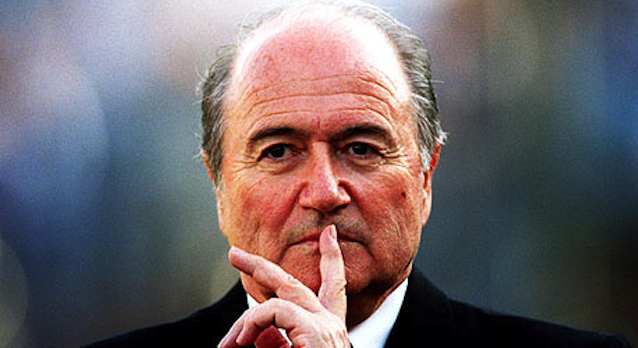 As members of FIFA start to rebel against Sepp Blatter, could he actually be on the way out?

FIFA are the worst, and Sepp Blatter is the fucking worst. Unbelievably it’s taken over 3 years for there to actually be some evidence of corruption thrown at Qatar’s awarding of the World Cup when everyone with a brain knew that the only reason they could have possibly been awarded it was because they paid off Blatter and FIFA because they were supremely unsuitable as a country to host it – it’s tiny, has no arenas and is way too hot for players.

Finally though, with his completely retarded remarks on Monday, it looks like members of FIFA might finally be turning against Blatter and his oppressive regime (if you really want to know how messed it up is then do some digging on the internet – I was going to recommend Foul! by Andrew Jennings but FIFA seem to have succeeded in having it banned from publishing as a new copy of it now costs about £1000) could possibly be on their way out, although given how many times he’s managed to save his skin in the past you certainly wouldn’t bet on it.

In case you’ve missed all this, here’s a quick recap. Like I said earlier, the Qatari award of the World Cup in 2022 has been tarnished by the fact that Qatar simply wasn’t a suitable option and it was fairly obvious that there must have been some bribery going on (or at least something going on) for it to have won. Simply put, most of the world was cynical about it, although there was no proof until the end of May.

This was when The Sunday Times uncovered and published a whole bunch of emails, bank transfers and letters that they claim prove that the Qatari delegate for the World Cup bid Mohamed bin Hammam paid at least £3 million to football officials within FIFA in order to guarantee their votes for Qatar hosting the 2022 World Cup.

These payments were mainly focused on African football officials but there was also evidence that he paid a football official from Oceania’s legal expenses too and the disgraced former vice president of FIFA Jack Warner, who was forced to resign over some other corruption charges in  2011. Both Qatar and bin Hammam deny these allegations, with bin Hammam saying nothing of the sort ever happened and Qatar saying that he was never part of their official World Cup campaign in any case. You would expect them both to say that though so that doesn’t really mean anything.

But I mean look at this guy – would you trust anything that he says? 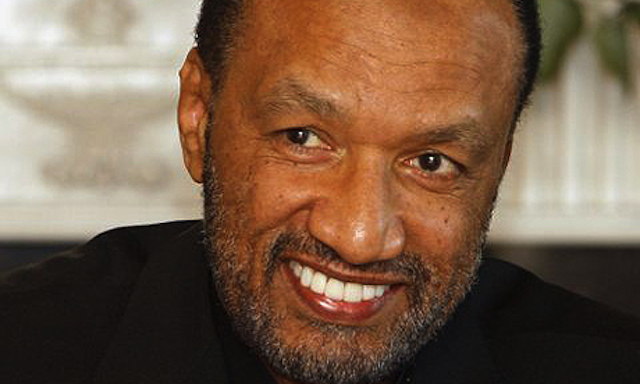 In response to these allegations on Monday though, Sepp Blatter came up with one of the dumbest responses in history to address them, stating that they had arisen because the British media was racist and discriminatory towards the Qatar media and that the repeated attacks on the Qatar World Cup bid made him ‘sad’.

African football chiefs echoed this sentiment, attacking the media – in particular the British media – for their “repeated, deliberately hateful, defamatory and degrading attacks on the integrity of the Confederation of African Football (Caf) “and the entire African continent. Ooof. Although again this is the response you would expect – it’s very telling that they actually fail to address the allegations of corruption at all.

Things came to a head yesterday when the vice chairman of the FA David Gill – who isn’t exactly a cool guy himself – walked out of  a FIFA executive meeting in Sao Paulo, calling Blatter’s comments about racism totally unacceptable and unfounded. He then called for Blatter to finally step down as President of FIFA, which he has been in charge of since 1998:

‘Personally yes, I think we need to move on. I think we need a full, frank and open debate about what FIFA needs going forward. The statement made by Mr Blatter yesterday was from our point of view totally incorrect.

‘This was about the issue being raised quite rightly in the British media which should be addressed by the world governing body and to try and portray it as racist or a discriminatory attack is totally unacceptable.’

His comments were echoed by the FA’s Chairman Greg Dyke, who called Blatter out on his silence regarding the actual allegation FIFA were being called out on:

‘Many of us are deeply troubled by your reaction (to the bribery allegations). It is time to stop attacking the messenger and consider the message.’ 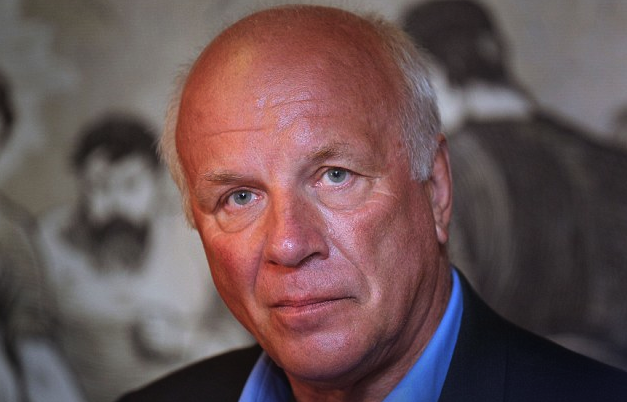 These comments seem to have been echoed across the board too, with many of the football federations that make up FIFA highly critical of Blatter’s conduct regarding the corruption allegations. The latest of these was the President of the Dutch FA Michael Van Praag who said:

‘The image of FIFA has been tarnished by everything that has happened over the last years. This is nothing personal but if you look at FIFA’s reputation over the last seven or eight years, it is being linked to all kinds of corruption and all kinds of old boys’ networks things. FIFA has an executive president and you are not making things easy for yourself and I do not think you are the man for the job any longer. Do you ever look at Twitter? You’d see that millions of people are against you.’

Top marks for including a Twitter reference in your speech there guy. Blatter is expected to announce today that he’s standing for re-election for fifth term as FIFA President in 2015, and to be honest I doubt that David Gill’s comments – or the comments of any number of the representatives of any number of FIFA federations are going to stop him from doing this, given his power hungry nature and steadfast refusal to back down from the role of the President in the past.

Still, the fact that so many people within his organisation seem to be dead set against him following these latest allegations does offer hope for the future that Blatter might one day be wrestled away from his position of power before he dies. Given his past record though, it seems like he’s willing to do whatever he takes to stay up there so there’s no point celebrating yet.

There’s also no guarantee that whoever replaces him will be any less corrupt, as this seems to be trait that runs deep throughout the whole organisation. So basically, don’t hold out hope that it’s ever going to get better. Kind of like supporting England.