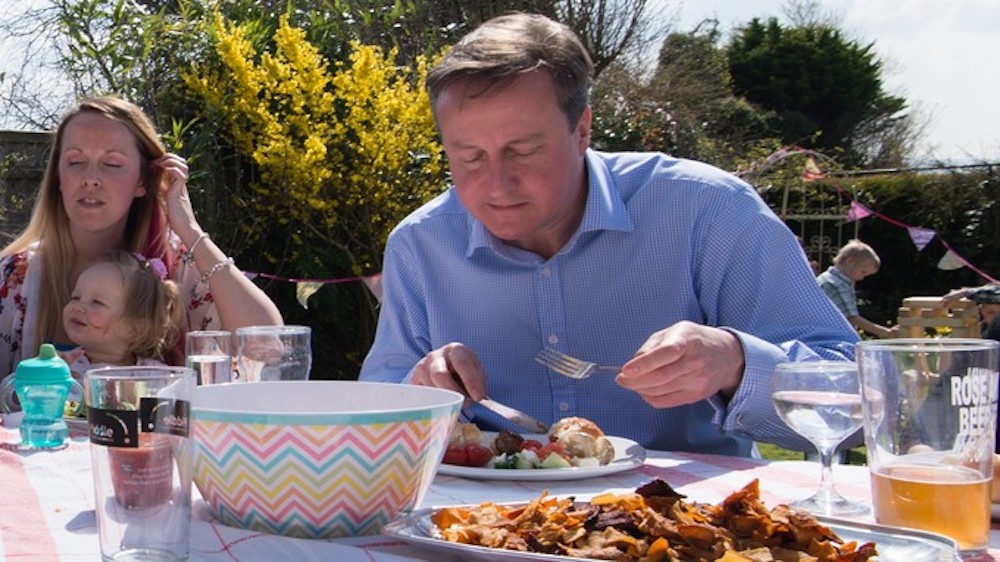 Sure that’s going to get you a lot of votes bud.

It’s that time of the election campaign where politicians are so desperate for votes that they’ll try literally anything, and it was no doubt under that remit that David Cameron decided to attend a BBQ in Poole yesterday. I suppose the idea behind this is that it humanises the guy and makes it look like he can have conversations with relatively normal people and act like a normal person, so you know he’s more relatable to the average person and that will make you to vote for him. At least that’s the idea.

I suppose it isn’t a bad plan – I mean George W. Bush got elected for two terms in the United States because Americans thought he might be a cool guy to go for a beer with. You really have to make sure that you don’t mess up when you take part in something like that because if you do then it’s almost certain that the media are going to get a hold of it and rinse you relentlessly about it. So guess what David Cameron did yesterday?

Yeah, that’s right. Despite getting a hot dog at this BBQ he didn’t eat it like a normal person would eat a hot dog – you know by whacking some ketchup, mustard and onions on it and then shoving it down your face – but instead by having it on a plate and using a knife and fork to eat it. Softie probably didn’t even put ketchup on it either. I mean if he wants to appeal to the people then you surely have to do what the people are doing and not something that nobody has ever done in the history of forever like eat a hot dog with a knife and fork. 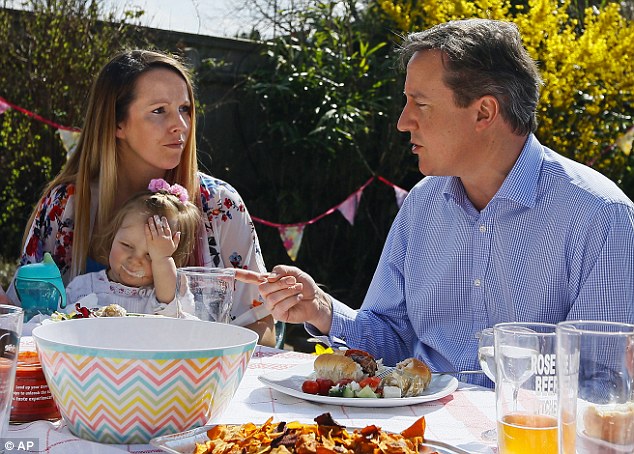 Of course, the sceptics among you might think that he ate it with a knife and fork to avoid an incident like Ed Milliband’s bacon sandwich escapade where he just made a mess of himself and looked like a complete idiot, but that is kinda how you’re supposed to eat a hot dog in the first place. That’s the whole fun of it. Either way Cameron did it though, he probably would have ended up looking like a twat because he’s got that kind of a quality about him. Now though he kinda just looks like he thinks he’s more cultured and better than most of us and everyone is talking about it and so really the whole thing has backfired on him massively. Unlucky pal.

Hot dog politics huh, who would have thought it? Maybe next time he should prepare by watching this guy eat 15 hot dogs without even chewing. I mean that isn’t normal either, but it’s probably still impressive than Cameron here.

Check out a couple of pictures and videos of him below – the best one is the one above where even the baby can’t believe what an absolute prat he’s making of himself.

Cam has a go at eating on camera – brave pic.twitter.com/yG9pi0TFpM

#Cameron at bank holiday BBQ in #Dorset. Eating in front of cameras. Might explain use of knife and fork for hotdog pic.twitter.com/1WuZ2uMNRm