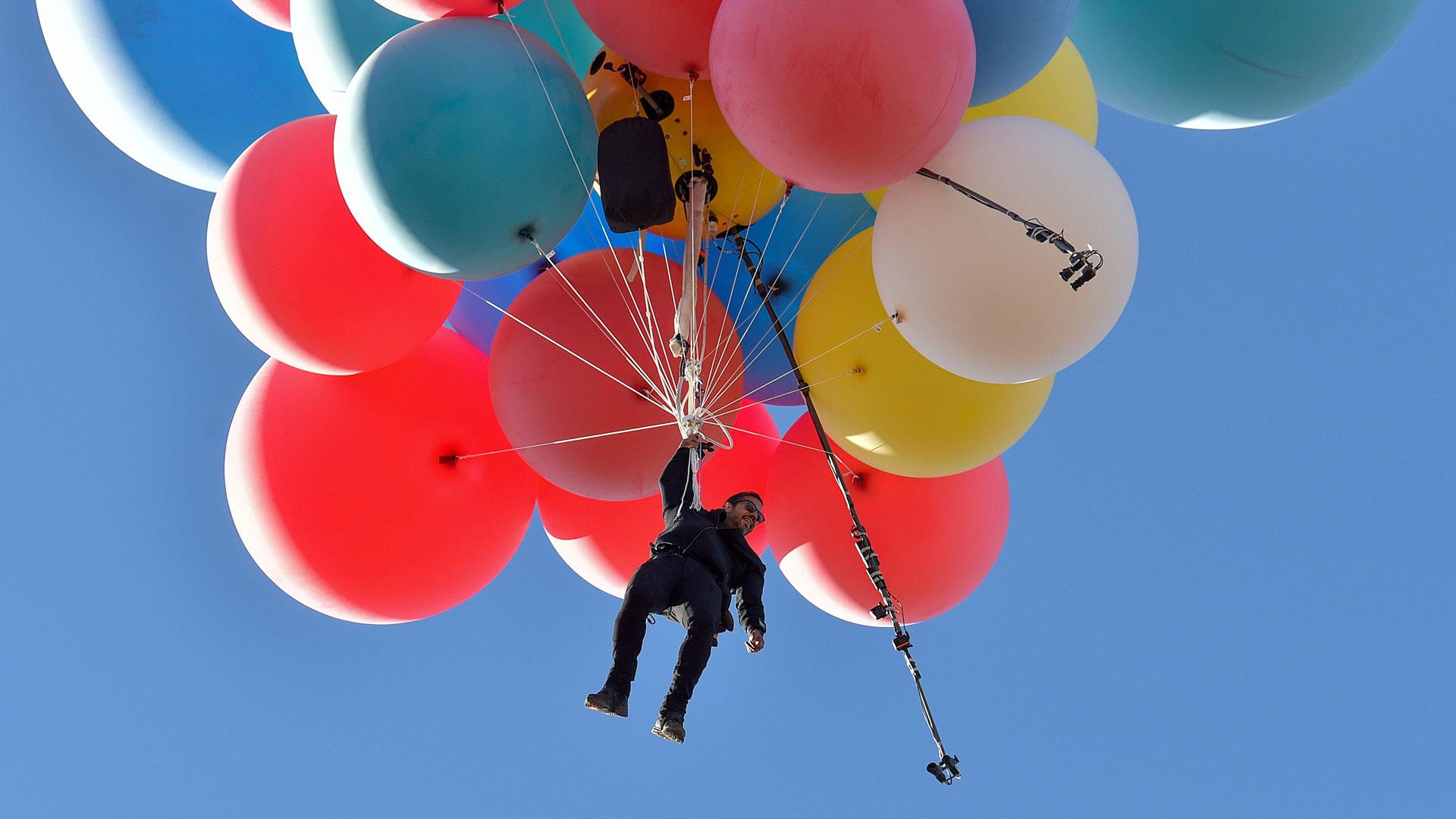 You probably hadn’t thought much about David Blaine over the last decade until he recently announced that he would be floating around attached to a bunch of balloons a couple of weeks ago, and why would you? By his own account, he had been laying low and meticulously planning this stunt for the last decade.

Not really sure why it took so long for him to prepare for, but it all went down yesterday and was live streamed via YouTube for anyone who was bored enough to watch a guy float around in the sky for three hours. The whole thing seemed to pretty much go off without a hitch – aside from being moved from New York to Arizona due to weather concerns – except for one part that some eagle eyed viewers spotted where David Blaine appeared to let out a massive stinker just before he disengaged from the balloons and parachuted to the ground.

Take a listen to it below:

Lol. I suppose you shouldn’t really laugh about Blaine letting out a stinker when he’s being suspended in the middle of the sky by a bunch of balloons, but there’s just something so funny about him ripping one out isn’t there? For someone who builds his whole brand on being mysterious and commanding and sexy, it’s downright hilarious that he can’t control his farts, even in a situation like that. Sorry David, congrats on the stunt though.

For more of the same, remember when David Blaine was under investigation for sexual assault? Me neither to be honest, but it happened.