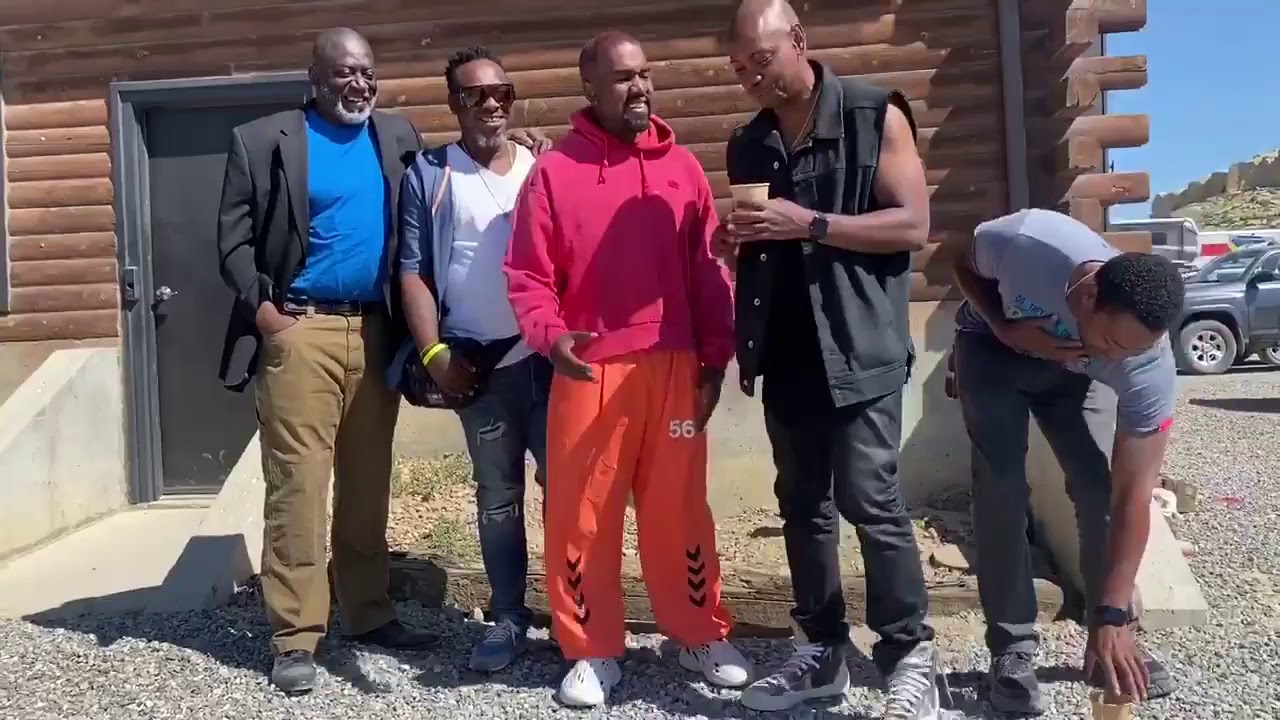 Kanye West was the talk of Twitter last night after a stream of Tweets where he defended Bill Cosby, accused Kim Kardashian of trying to get him locked up, and lots more.

Following this bizarre meltdown, a whole bunch of people expressed concern for Kanye West’s mental well-being, including his good friend Dave Chappelle, who knows a thing or two about being driven crazy by fame. Being the awesome mate that he is, Chappelle flew all the way in to Wyoming to check on Kanye:

THANK YOU DAVE FOR HOPPING ON A JET TO COME SEE ME DOING WELL DAVE YOU ARE A GOD SEND AND A TRUE FRIEND ALL LOVE 🕊 pic.twitter.com/ddLA0E9eLK

I don’t know what Kanye was thinking putting Dave Chappelle on the spot like that and basically doing the equivalent of some stranger at the bar going “oh you’re a comedian? Tell me a joke”, but they got there in the end… I think? Well there were definitely a few chuckles had, will give them that.

Either way, good to see someone that can somewhat relate to Kanye’s situation head over to his place and check in on him. It’s good to see Kanye West with a smile on his face, no matter what you think of him. No idea who the other guys in the video are but they sure look cool hanging out in Wyoming with Kanye West and dapping it up with Dave Chappelle. That’s the beauty of friendship right there.