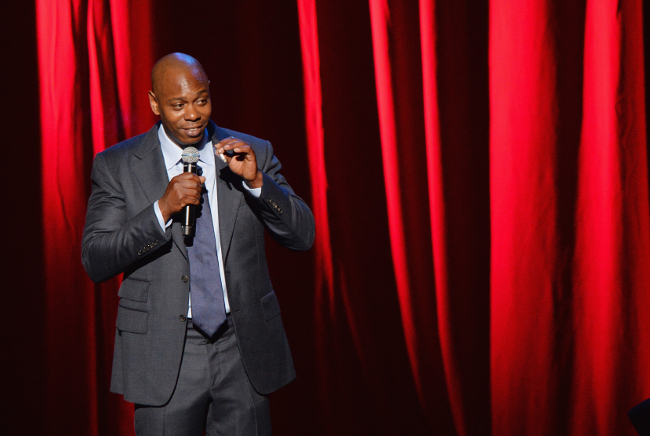 Despite being back on the road again over the last few years, Dave Chappelle hasn’t released a solo special since 2005 and hasn’t really done anything since he ended the Chappelle Show in 2006. He randomly turned up in the crowd of Justin Bieber’s roast looking pretty happy and relaxed the other week, and it now turns out that his most recent stand up shows in Austin, Texas were being taped for a special that will be premiÃ¨ring on HBO later this year.

Obviously this is awesome news as Dave Chappelle is literally one of the funniest dudes on the planet. So many things have happened since 2005/2006 that he would have had a hilarious take on, but we never got to hear them because he was off in South Africa hating Hollywood and his filthy rich lifestyle (OK he was probably didn’t hate the second part too much).

We’ll let you know when an air date is announced. Wonder if it was that insane crowd surf he did at a Skrillex show that put a smile back on his face?