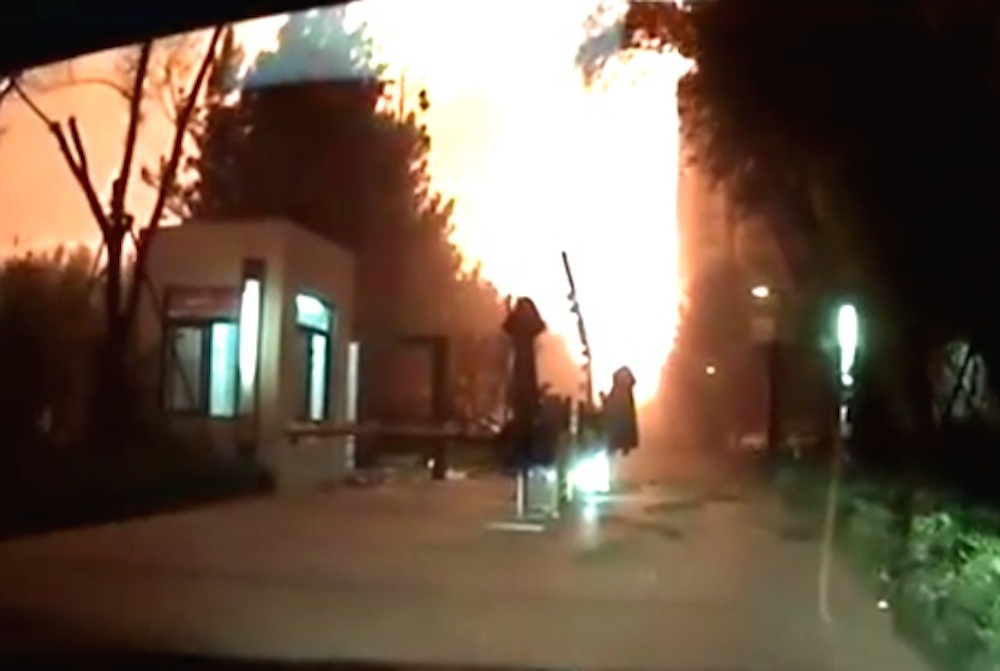 You’ve probably heard about the massive Tianjin port explosion over in China a couple of days ago which has left 50 people dead, including 12 firefighters. Apparently it was a bigger explosion than any non nuclear bomb that was dropped in World War 2 which gives you some idea of how much of a ripper it was.

In case you need any more convincing though, here’s some dash cam footage of it going off. That’s a humngous bang right there – it even rivals some of the biggest explosions in history. The sky bleeds red.

You’ve gotta love the reaction of the driver too – the barrier goes up and the guard’s like ‘yeah come on in’ but he is not having any of it and just backs up.