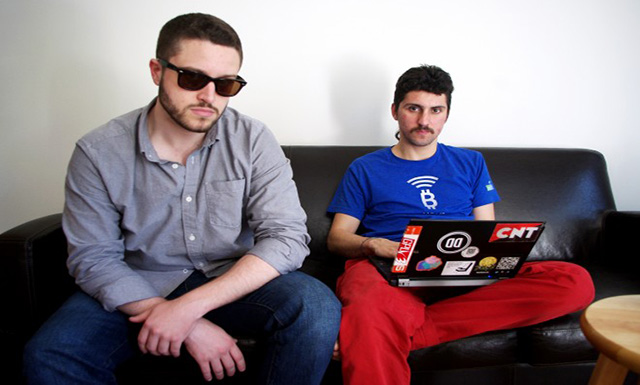 The government has been working hard at bringing the bitcoin train down, but it’s about to get a whole lot tougher for them now that Dark Wallet is on its way.

For all the crap I know about music and film and popular culture, that knowledge is balanced out perfectly by how little I know about money. I know fuck all about money. All I know is how much I owe and to how many people and organisations, and my memory is very selective as far as that goes too.

One thing I did think I knew for sure about money though was that bitcoins = getting rich. I also knew that people on the bitcoin hype were going to quickly become insufferable, dropping bitcoin into every conversation possible. “Oh how much is that? Damn, if only I could pay for it in bitcoin!” Dicks.

Regardless I was all set to give the bitcoin thing a go. If you hear 50 people say something’s a wise investment, then it’s a wise investment, right?. I got as far as setting up a wallet for it before I realised it was the most confusing thing I’d ever attempted to do in my life. I also realised I’d have to pay like £200-250 or something ridiculous like that for one bitcoin. So in the end I said… fuck this.

Meanwhile, government regulators from all around the world were doing everything in their power to prevent bitcoin from reaching its max potential with those who were making a go of it. As bitcoins are easy to carry (obviously they do not exist in the physical world) and (mostly) untraceable, they’re ideal for money launderers and black marketeers to carry out shady business with. It felt like perhaps a few of the benefits of trading in bitcoin, mainly anonymity, could become undone if the government had their way.

That was until last Thursday, when a collective known as unSystem revealed plans to release something called Dark Wallet: a bitcoin app designed to completely protect user identities and transcations; far more strongly than the protection bitcoin offers in its current form.

If Dark Wallet works as they say it will, it would cut off the government agencies’ impending plans to find a way to tie individuals’ identities to bitcoin ownership. Dark Wallet promises to encrypt and mix together user payments into one big digital bowl of jargon, enabling completely untraceable flows of money online which could lead to these agencies’ worst nightmare…. The resurgence and takeover of black markets like the famed Deep Web.

How exactly will your transactions be hidden? Like this: every time a user spends bitcoins, their transaction will be meshed with that of another random user who is making a payment at roughly the same time. The blockchain will then record only one single movement of funds as both users’ funds leave their addresses at the same time. The negotiation is completely encrypted, so it’s pretty much impossible to determine whose coins went where with 100% certainty. In fact by implementing ‘CoinJoin’ as it’s known, you can only be 50% sure any coins belong to any particular person, then even less so the more you decide to mix transactions together with other users.

“This is a way of using bitcoin that mocks every attempt to sprinkle it with regulation,” says Dark Wallet employee Cody Wilson. “It’s a way to say to the government ‘You’ve set yourself up to regulate bitcoin. Regulate this.’”

Here’s a teaser they dropped earlier in the week:

Who are the brains behind Dark Wallet? Two bros by the name of Cody Wilson and Amir Taaki. Wilson is the man who created the world’s first 3D-printed gun, and Taaki is a self-proclaimed anarchist and developer of bitcoin-related projects such as the DarkMarket, ‘the anarchist’s bitcoin app of choice’.

Last October the pair raised $500,000 and thousands more in bitcoin via a crowdfunding campaign on Indiegogo. Now that Dark Wallet is nearly a reality, said government agencies and financial regulators can begin properly crapping themselves. They haven’t really gone public with their fight, I guess they’re still trying to figure out strategies, but the Financial Crimes Enforcement Network did release this statement:

“We are well aware of the many emerging technological efforts designed to subvert financial transparency. It’s certainly our business to be interested and vigilant with respect to any activities that may assist money laundering and other financial crimes.”

In the Dark Wallet team’s favour is the fact that what they’ve designed isn’t necessarily illegal, and is (according to them) protected by First Amendment safeguards on free speech. But they make no attempt to hide the fact that Dark Wallet is being designed to assist in online blackmarkets like Silk Road, which was seized by the FBI back in October.

“I want a private means for black market transactions,” says Wilson, “whether they’re for non-prescribed medical inhalers, MDMA for drug enthusiasts, or weapons.”

Sweet! (I guess). But what about enabling paedophiles, hitmen for hire, terrorism and other prospective crimes?

“Well, yes, bad things are going to happen on these marketplaces. Liberty is a dangerous thing.”

Is that the price society has to pay for complete privacy and anonymity in online transactions? Afraid so, according to the Dark Wallet peeps. Still, this whole thing for them isn’t just about allowing anonymous online transactions, it’s also a personal war on the government and their incessant online regulating. Even the name ‘Dark Wallet’ is in reference to the FBI’s warnings over the years that the Internet is “going dark” — that encryption apps like Dark Wallet are making life on law enforcement a lot harder as they try to keep up with online criminals/terror suspects. On the other side of the (bit)coin, for the makers of Dark Wallet, the common man’s online liberty and anonymity is what’s most at stake.

As Wilson says: “Dark Wallet is a way to reify that nightmare and give it back to them. There is a ‘go dark’ problem, and  we’re going to have it with bitcoin. That’s what bitcoin is for. That’s what we want to see.”

How Dark Wallet plays out remains to be seen, but you definitely won’t catch me on the train until it’s been completely tried and tested. Even then, I don’t know, I’m not particularly in the market for hit men or firearms so maybe I’ll just stick to using real world currency like a normal person, even if bitcoin and Dark Wallet really take off on a mainstream level. But as Taaki later conceded: “It’s not foolproof, but it’s a strong tool. And it’s going to get better.”

Dark Wallet is still in development stages after all, and as the hype builds you can bet the powers that be will be doing everything they can to halt and block its progress.

In the mean time, be sure to check out and open an account with SickChirpseBux. When you make your investment to our fake Internet currency we’ll guarantee that we’ll keep your money safe. Promise you’ll never have to worry about us losing your life savings because once you give us your money, it becomes our money. That’s the main reason people invest in online currencies isn’t it? To say that they’ve invested in them?

â˜› Read Next: The Sick Chirpse Guide To Bitcoins