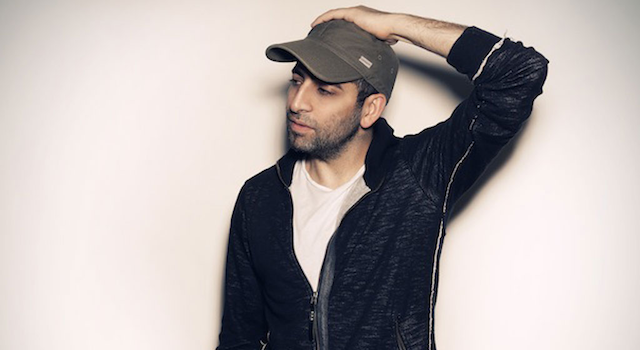 Darius Syrossian has posted a (slightly more) coherent update about what exactly went down when he got beaten up by the organisers of BPM Festival in Mexico.

Yesterday we posted a pretty shocking news story about how the organisers of BPM Festival over in Mexico had refused to pay DJ Darius Syrossian for his set there on January 4th, and then subsequently had him beaten up by security for questioning them on some of their more questionable policies.

Yesterday, we only had a few vague Facebook rants from Syrossian regarding the situation, but he’s now released a full statement via his Facebook page (naturally) where he addresses everything that happened and what he’ll be doing in the future about it.

We’ll keep an eye on this one, because it could potentially spiral into a massive legal dispute that could affect the whole future of live dance music and festivals. What we really mean is that we hope a video emerges of Darius Syrossian getting beaten up because that would be way more entertaining.

‘OK I MAY ASWELL EXPLAIN as my phone is getting bombarded, its all good guys im ok

im gonna book an air france flight home and get out of here, via paris, another 1k but im done with this shit

i gave my all for that show and EVERYONE SAW, it was absolutley rocking in there for my set and the entire party

WHAT EXACTLY happened is this

after booking me, they then said, artists only get $1000 all in, THIS IS WHY SANTE AND DETLEFF were on the bill but didnt come, but i didnt care, i played at a loss, i spent nearly 2k for my own flight which i will prove with a screenshot when i provide all evidence to back up what has happened

i earn more than enough so i didnt care about playing at a cost, i saw it as a holiday, as everyone can see, i promote all my gigs well to help promoters who have been kind enbough to book me

and i promoted this, look at the post and pic with 1 hour to go of the party!
i was having an incredible time, it was brilliant,

but VIVa had competition winners and i was getting messages saying they charging us in, THAT MAKES VIVa look bad, but not only that my OWN guestlist was being told to pay in (THEY ALL SPENT $40) IN THE END

half way through my set i went to the door and said guys why are you not letting my guestlist in?

this was the EVENT ORGANISERS, NOT SECURITY! they said who the hell are you, go away, i said i am playing the music right now! FOR YOUR PARTY!

i said this is a joke and went back to theh decks, i forgot about it

then with 20 mins of the night to go, thw even OWNER CRAIG PEDIGREW camme to the decks, with a few of his huge security and set them onto me, i was actyally really buzzing and steve was smashing it, i was dancing behind him and i literally got jumped on, i was punched, thrown down the back of the booth and lets just say it wasnt pleasent!

then i was dragged out through the crowd!! and told you are not gonna leave mexico, your dead, and we will make it look like an accident!!

all this is really funny since, i paid to play for them, the party was rocking, and even when i arrived into mexico, all other djs were picked up by BPM organisers but was told i am not on the list of djs to be picked up!!

look ask ANY promoter i have ever played for,

they always say, my rider is so simple, a bottle of tequila and a smile,

i dont ask for much

i can handle paying my own flight, i can handle not being picked up at aiport 1 hour away

i can handle not being given any drinks while i play

BUT I CANT HANDLE MAKING MY GUESTLIST PAY, so i said something

and got beaten up for it

i mean at least wait tiill the gig is over?

everything i have said i can provide proof for

and when bpm make whatever statement they want, ill provide all my evidence

shame on yoou bpm, i gave my all for your show, and as it happens in your BPM app in your whats hot list of 325 artists im in the top 30 people have voted to see, and i rocked it and did my job for you, even though it cost me to do it, and you beat me up for it

oh and finally, as i said, i was having a great time, as you can see, with 1 hour to go i amde this status and posted this pic, it was going great, then they had to come and beat me up, IN THE BOOTH IN FRONT OF EVERYONE! EVENT ORGANISER LEADING HIS SECURITY!

VIVa Warriors BPM amazing, just wish i could have my mates back home here with us. But damn such a good party, 1 hour to go. If you came big up. What a fucking party’

I copied and pasted the statement but if you want to see it for real, head here.

â˜› More Getting Beat Up: Kanye West Beats Up Two Paparazzi In Texas