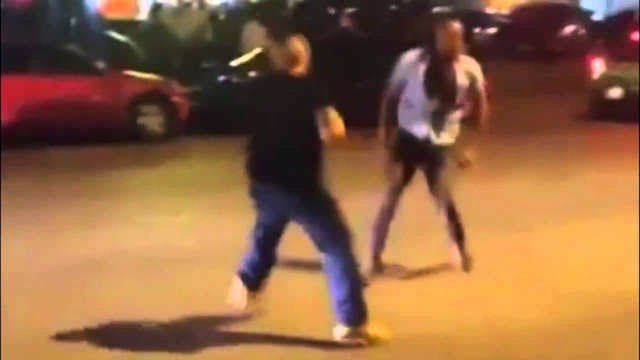 There’s a new video of Kanye West losing it at the paparazzi every week, so is this one of ‘Kanye West’ beating up two of them real or fake?

This video has been doing the rounds over the past 24 hours and it’s really blown up as people think it’s actually Kanye West beating the shit out of two members of the paparazzi in Austin, Texas. In fairness it does look a bit like Kanye West and he’s well known at going into a rage at the paparazzi, but there’s probably enough evidence to suggest that it isn’t actually him.

For one, the video was uploaded yesterday and due to an already unfathomably large number of reports on the matter, it seems that Kanye West was in New York City for Leonardo DiCaprio’s birthday party which I’m sure was an absolute blast. Also it seems highly unlikely that the real Kanye West would actually beat the living shit out of two members of the paparazzi in the middle of what looks like a fairly busy road in Austin. I mean surely he would have security guards to do that, or at least there would be some more people hanging around with him in his entourage.

Also a commenter on allhiphop.com wrote this: ‘LMFAO! this shit is crazy…i know the person that filmed this. its personally one of my close friends..he purposely named it on youtube “Kanye west attacks paparazzi” as a joke. no way we thought it was going to blow like this…its ridiculous how many people actually believe its kanye west. The ORIGINAL video was taken down because he didn’t think it was going to go viral the way it did….lmao this shit is too comedy.’

What do you reckon? Is this Kanye West?