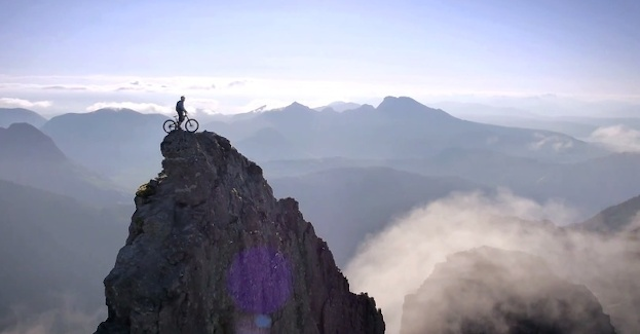 Pushing it to the limit.

Danny Macaskill is well known as the best mountain biker in the business – have you seen it when he rides the Playboy Mansion?  – and he’s constantly pushing boundaries to innovate the discipline.

This latest video is no exception as he returns to his native Isle Of Skye to try and mountain bike some of the most ridiculous mountain ridges in history. Even contemplating doing some of this stuff is suicidal, let alone actually doing it but Danny is such a sick head that he just goes for it and completely nails it, as you do.

In terms of sheer awesomeness, I think only the Bob Burnquist video from last year really rivals this one. Mindblowing.