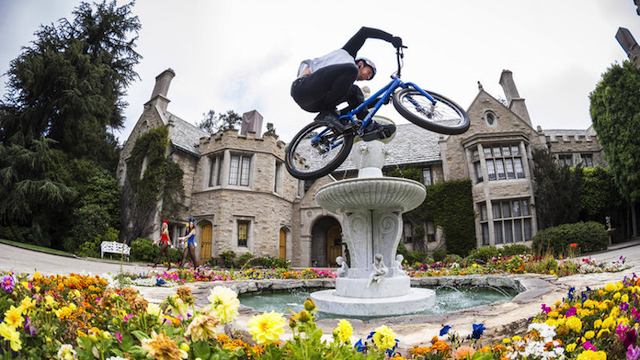 Danny MacAskill was doing a promotional tour of America for his new video Epucen which was filmed in an abandoned Argentinian town of the same name when he discovered that one of the stops was at the Playboy mansion. Being Danny MacAskill he didn’t even stop to think about all the beautiful girls he would get to see, but instead immediately thought about if there would be any good places to ride. Street cyclists huh?

Fortunately for him and us there were some good spots for him to ride and do tricks in, although he did admit that it was kind of hard with all the girls distracting him. Let’s be honest though, they probably all absolutely loved it and he could have his pick of the playmates when he was finished with his tricks, right? What a bastard.

It’s probably not as good as Bob Burnquist’s Dreamland video though.