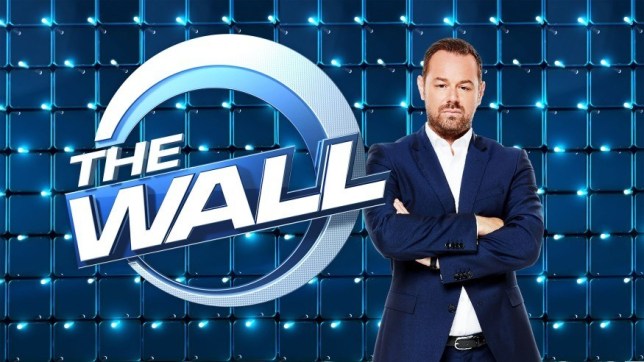 Danny Dyer is one of the most likeable guys in show business, so it’s no real surprise that he’s manager to carve out another new career trajectory as a game show host for the BBC’s new show The Wall.

The show has been described as ‘an exciting, challenging and tense quiz where destinies dramatically change with the drop of a single ball’ and revolves around a giant wall that’s kind of like an arcade pinball machine. Contestants are asked a general knowledge question and then if they get it right they receive a green ball and if they get it wrong they receive a red ball. This ball is then dropped down a chute and falls into a section that represents a value of money from $1 – $1 million – if the ball is green then they win that amount of money, but if the ball is red then they lose that much instead.

Sounds like it’s gonna be pretty sick actually doesn’t it? The astute amongst you will notice I used a dollar sign when talking about the money and that wasn’t a type, it’s because the show is coming over from America and I doubt they’re going to go up to a million pounds over here because we’re not as outrageous with money over here as they are.

Anyway, you can watch a clip below to get a fee for it if my description wasn’t good enough for you:

Yeah that does look like a lot of fun doesn’t it? Not really sure what the isolation chamber is all about, but I definitely love the way that they actually have to pick up the balls and put them down that chute. Hopefully they keep that part in in the UK version.

For more Danny Dyer, check out five times when he was an absolute geezer. There are more obviously but those are some of the best.